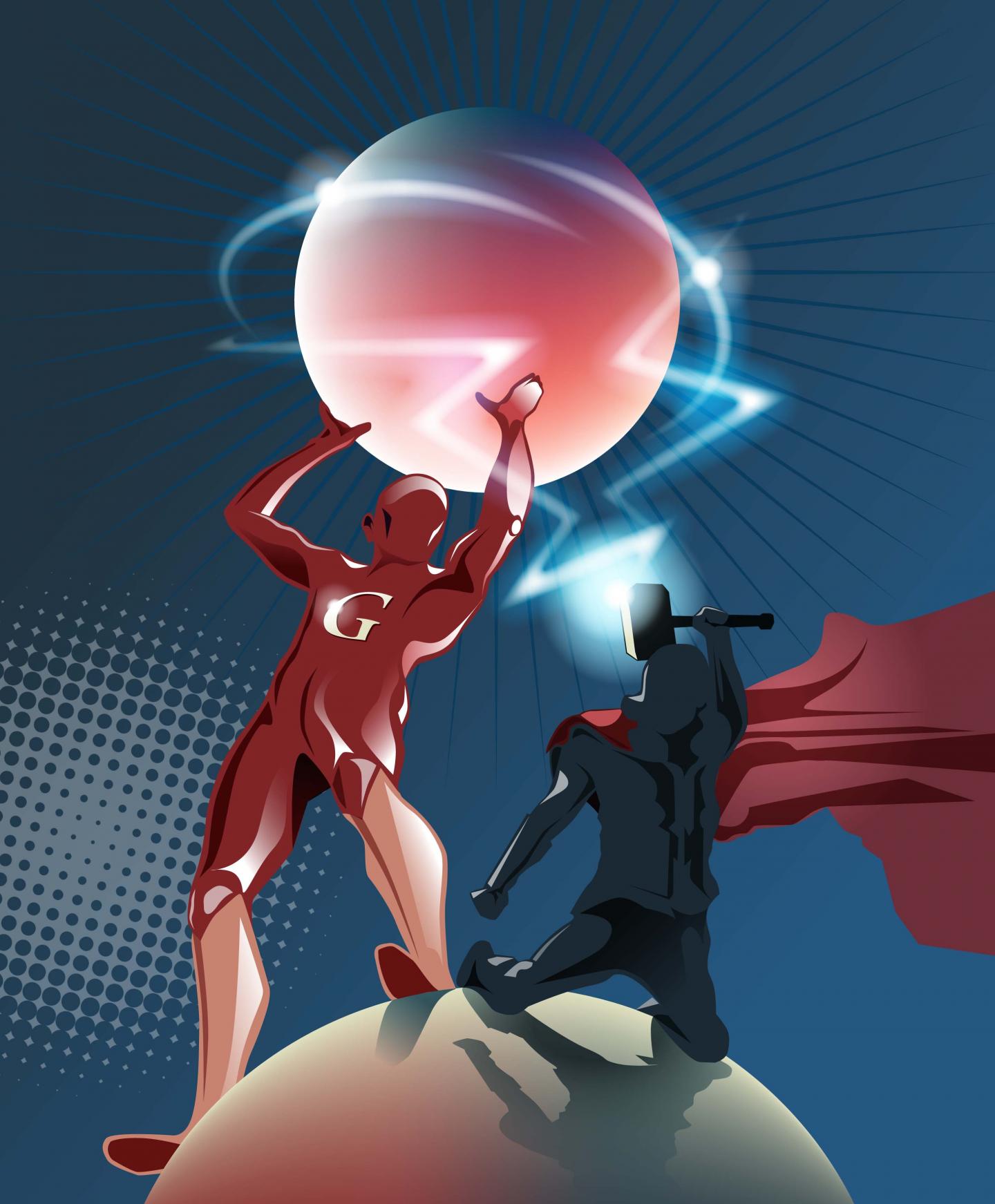 G3BP proteins inhibit the metabolic driver MTOR – a signaling protein that plays a central role in tumor diseases and developmental disorders of the brain. This is reported in this week´s issue of the renowned journal Cell. The study was led by scientists from the University of Innsbruck and the German Cancer Research Center (DKFZ) in collaboration with the Medical University of Innsbruck and a Europe-wide research network.

The signaling protein MTOR (Mechanistic Target of Rapamycin) is a sensor for nutrients such as amino acids and sugars. When sufficient nutrients are available, MTOR boosts metabolism and ensures that sufficient energy and building blocks are available for the growth and function of all cells in the human body. “Because MTOR is such a central switch for metabolism, errors in its activation lead to serious diseases. These include cancers associated with excessive metabolic activity, cell growth and proliferation. Dysregulated MTOR also causes malformations of the nervous system, disturbing stimulus processing and eliciting behavioral disorders and epilepsy.” explains Kathrin Thedieck, Professor of Biochemistry at the University of Innsbruck.

To prevent errors in MTOR-based signal processing, the cell controls its activity very precisely. This is achieved through so-called suppressors, molecules that inhibit a protein and help to regulate its activity. The TSC complex is such a suppressor for MTOR. It is named after the disease that is caused by its absence – tuberous sclerosis complex (TSC) disease. Together with MTOR, the TSC complex localizes to small cellular structures, the lysosomes, where it keeps MTOR in check. If the TSC complex – for example due to changes (mutations) in one of its components – no longer remains at the lysosome, this can lead to excessive MTOR activity with severe consequences for human health.

A molecular TSC anchor at lysosomes

The teams led by Kathrin Thedieck at the University of Innsbruck and Christiane Opitz at DKFZ therefore investigated how the TSC complex binds to lysosomes. They discovered that the G3BP (Ras GTPase-activating protein-binding protein) proteins localize to lysosomes, together with the TSC complex. There, the G3BP proteins form an anchor that ensures that the TSC complex can bind to the lysosomes. This anchor function plays a crucial role in breast cancer. If the amount of G3BP decreases, not only MTOR activity but also cell motility is increased in cancer cell cultures. MTOR inhibitors suppress this hypermotility. In breast cancer patients, low G3BP correlates with a worse prognosis. “G3BP proteins could therefore be valuable markers to personalize therapies and improve the efficacy of drugs that inhibit MTOR.” says Christiane Opitz.

G3BP proteins also inhibit MTOR in the brain. In zebrafish, an important animal model for pharmaceutical research, the scientists observed disturbances in brain development when G3BP was missing. Loss of G3BP also resulted in neuronal hyperactivity and ensuing behavioral abnormalities reminiscent of epilepsy in humans. Compounds that target MTOR suppressed the neuronal hyperactivity. “We therefore anticipate that patients with neurological disorders and G3BP malfunction could benefit from MTOR inhibitors and we look forward to further exploring this together with our scientific network,” says Kathrin Thedieck. Also Lukas A. Huber, Director of Cell Biology at the Medical University of Innsbruck, is pleased with the joint success: “Through this successful collaboration a strong research focus on MTOR and lysosomes is emerging at the two Innsbruck universities, and I am excited to embark on our next projects.” states Lukas A. Huber.

The study was published in Cell. The authors received funding from the German Tuberous Sclerosis Foundation, the Dutch TSC Fonds, the Austrian Science Fund, the German Research Foundation and the European Union, among others, as part of the MESI-STRAT breast cancer consortium (http://www.mesi-strat.eu).

Provided by University of Innsbruck