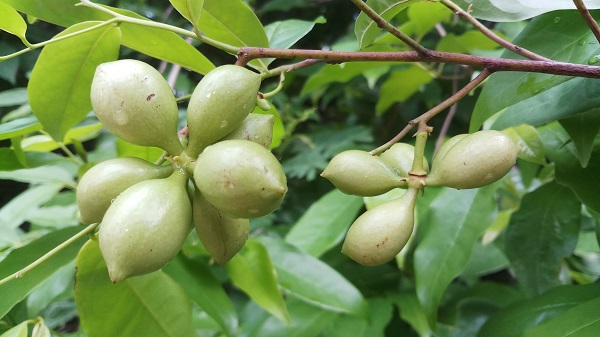 With over 100 species, Artabotrys is a large palaeotropical genus that belongs to the custard apple family (Annonacea), one of the most diverse and primitive families of the angiosperms. In Myanmar, the genus is represented by seven species.

After a thorough examination of its morphology and comparison with protologues and actual and digitized type specimens from across Myanmar and neighboring countries, the researchers discovered that this specimen does not match any known Artabotrys species and confirmed it new to science.

The researchers named the new species as Artabotrys chitkokoi in honor of Mr. Chit Ko Ko, a Myanmar botanist noted for his botanical research in Myanmar, and got it published in Nordic Journal of Botany.

Artabotrys chitkokoi is a climber, up to 2.6 meters tall. It is similar to Artabotrys pleurocarpus and A. brevipes, but differing in having a slightly oblique leaf base, broadly ovate outer petal blades, oblanceolate inner petal blades and monocarp stipes 3–4 mm long.

Artabotrys chitkokoi is so far only known from Yinmabin District, Sagaing Region, Myanmar. Five to seven mature individuals were observed growing as climbers in the tropical dry forest with a semi-open to open canopy. Further assessment is necessary to determine whether there are other known populations present in other areas. The researchers thus treated this species as ‘data deficient’ (DD).