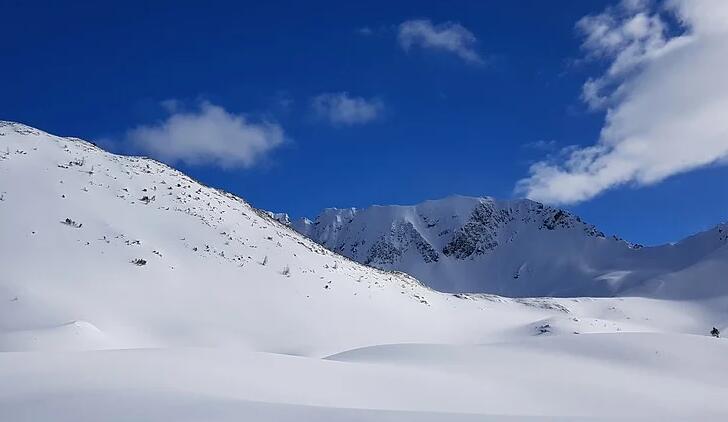 As a kind of special material with low thermal conductivity and high albedo, snow cover is easy to change phase state and accompanied by a large amount of latent heat change under the condition of energy change, which has a significant thermal insulation effect.

Snow cover and seasonally frozen ground (SFG) are the key cryospheric elements on the southern edge of Altai Mountains (SEAM). However, quantifying the thermal effect of snow cover on the frozen ground remains challenging.

Recently, scientists from the Northwest Institute of Eco-Environment and Resources (NIEER) of the Chinese Academy of Sciences (CAS), together with their colleagues from Northwest University and China Meteorological Administration (CMA), evaluated the thermal effect of snow cover on SFG regime.

The researchers utilized observational data collected by the Altai Kuwei Snow Station (AKSS) of CAS between September 2011 and August 2018, in conjunction with records provided by the CMA for 1961 to 2015 to quantify the specific role of snow cover in SFG on the SEAM.

The results observed indicated that the energy exchange between the ground and atmosphere was significantly insulated by snow cover, resulting in a considerable temperature offset between the snow surface and the ground below.

The study indicated that the thermal effect of snow cover will reach maximum when snow depth is at its optimal thickness varying from 40 to 70 cm. Snow cover caused an average 44.5-cm decline of maximum freezing depth of SFG during 1961-2015 on the SEAM.

The correlation between snow cover and the ground-atmosphere temperature offset provides a new empirical method of evaluating the effective thermal effect of snow cover on SFG.

This study has been published on Agricultural and Forest Meteorology recently titled “Snow cover controls seasonally frozen ground regime on the southern edge of Altai Mountains“.