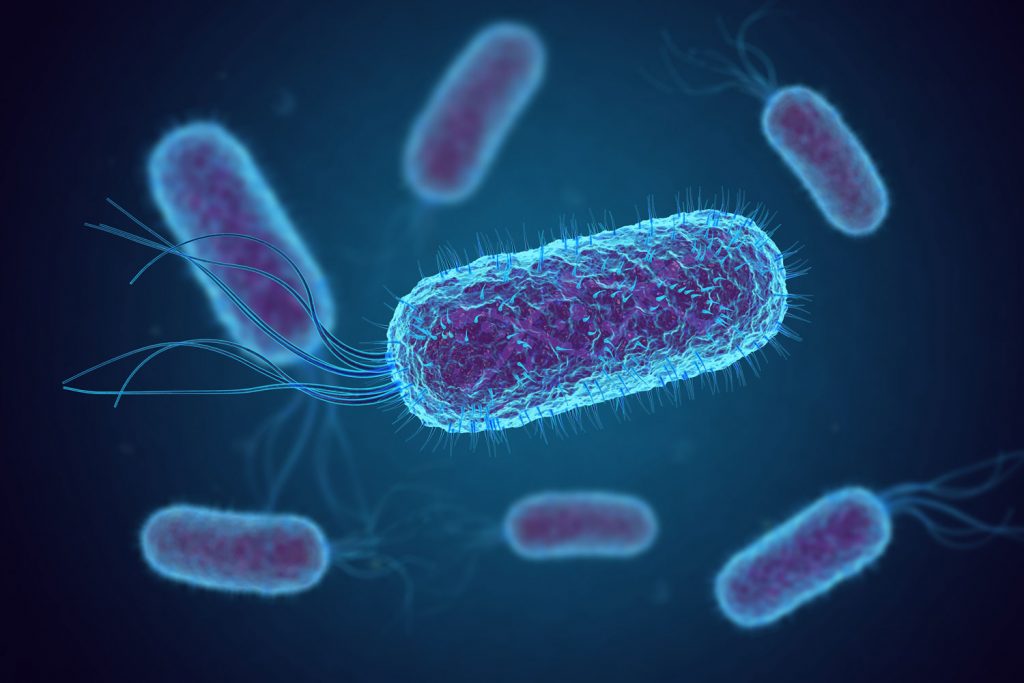 As scientists learn more about the microorganisms that colonize the body—collectively called the microbiota—one area of intense interest is the effect that these microbes can have on the brain. A new study led by Salk Institute scientists has identified a strain of E. coli bacteria that, when living in the guts of female mice, causes them to neglect their offspring.

The findings, published January 29, 2021, in the journal Science Advances, show a direct link between a particular microbe and maternal behavior. Although the research was done in mice, it adds to the growing body of science demonstrating that microbes in the gut are important for brain health and can affect development and behavior.

“To our knowledge, this is the first demonstration that the intestinal microbiota is important for promoting healthy maternal behavior and bonding between mom and offspring in an animal model,” says Professor Janelle Ayres, Laboratory Head of Salk’s Molecular and Systems Physiology Laboratory and senior author of the paper. “It adds to the ever-growing evidence that there’s a gut-brain connection, and that microbes are important for regulating the behavior of the host that they’re inhabiting.”

The ways in which the microbiota can impact mental health and neurological disorders is a growing area of research. The makeup of the gut microbiota in people has been linked to depression, anxiety, autism and other conditions. But it has been difficult to study how individual strains of bacteria exert their influence on human behavior, a connection often called the microbiota-gut-brain axis.

In her lab, Ayres uses mice to study how body systems and the brain interact with each other to promote health. This includes focusing on how body processes are regulated by microbes and the ways in which microbes affect growth and behavior. In the current experiments, she and her team were investigating groups of mice that each had a single strain of E. coli in their gut. Mice with one particular strain of E. coli, called O16:H48 MG1655, mothered offspring that had stunted growth. Further examination revealed that the mice were smaller because they were malnourished.

“We found that the pups’ behavior was normal, and the milk made by the mothers was of normal, healthy composition and was being produced in normal amounts,” Ayres says. “We eventually figured out that being colonized with this particular bacteria led to poor maternal behavior. The mice were neglecting their pups.”

Additional experiments revealed that the mice could be rescued from stunted growth, either by giving them a growth factor called IGF-1 or handing them off to foster mouse mothers that could take care of them properly. This confirmed that the cause of stunted growth was coming from the mothers’ behavior rather than something in the pups themselves.

“Our study provides an unprecedented understanding of how the intestinal microbiota can disrupt maternal behavior and how this can negatively impact development of an offspring,” says first author Yujung Michelle Lee, a former graduate student in Ayres’ lab and now a postdoctoral fellow at Genentech. “It is very interesting to me that establishment of a healthy mother-infant relationship is driven by factors beyond hormones, and that the microorganisms residing in our bodies play a significant role in it.”

Ayres and her team plan to study how these microbes provoke changes in mouse behavior. Early findings suggest the bacteria might be affecting levels of serotonin, the hormone associated with feelings of happiness and well-being, but more work is needed.

“It’s very hard to study these relationships in humans, because the human microbiota contains hundreds of different species of microorganisms,” says Ayres, who holds the Helen McLoraine Developmental Chair. “But once we understand more about the mechanisms in animal models, we may be able translate our findings to humans to determine whether the microbes and their effects might be the same.”

The O16:H48 MG1655 strain has been found in human guts and was previously believed to have no positive or negative effects.

Other authors on the study were Andre Mu of Salk and Martina Wallace, Jivani M. Gengatharan, Annalee J. Furst, Lars Bode and Christian M. Metallo of the University of California San Diego.

This work was funded by a Crohn’s and Colitis Foundation Senior Research Award, National Institutes of Health grant R01 AI114929, and the Lynne and Mason Rosenthal/Leo S. Guthman Foundation.

Featured image: Escherichia coli (E. coli) bacteria, pictured here, is a common gut bacteria in both humans and animals. There are many different strains, some of which cause disease. Credit: fusebulb/Shutterstock.com