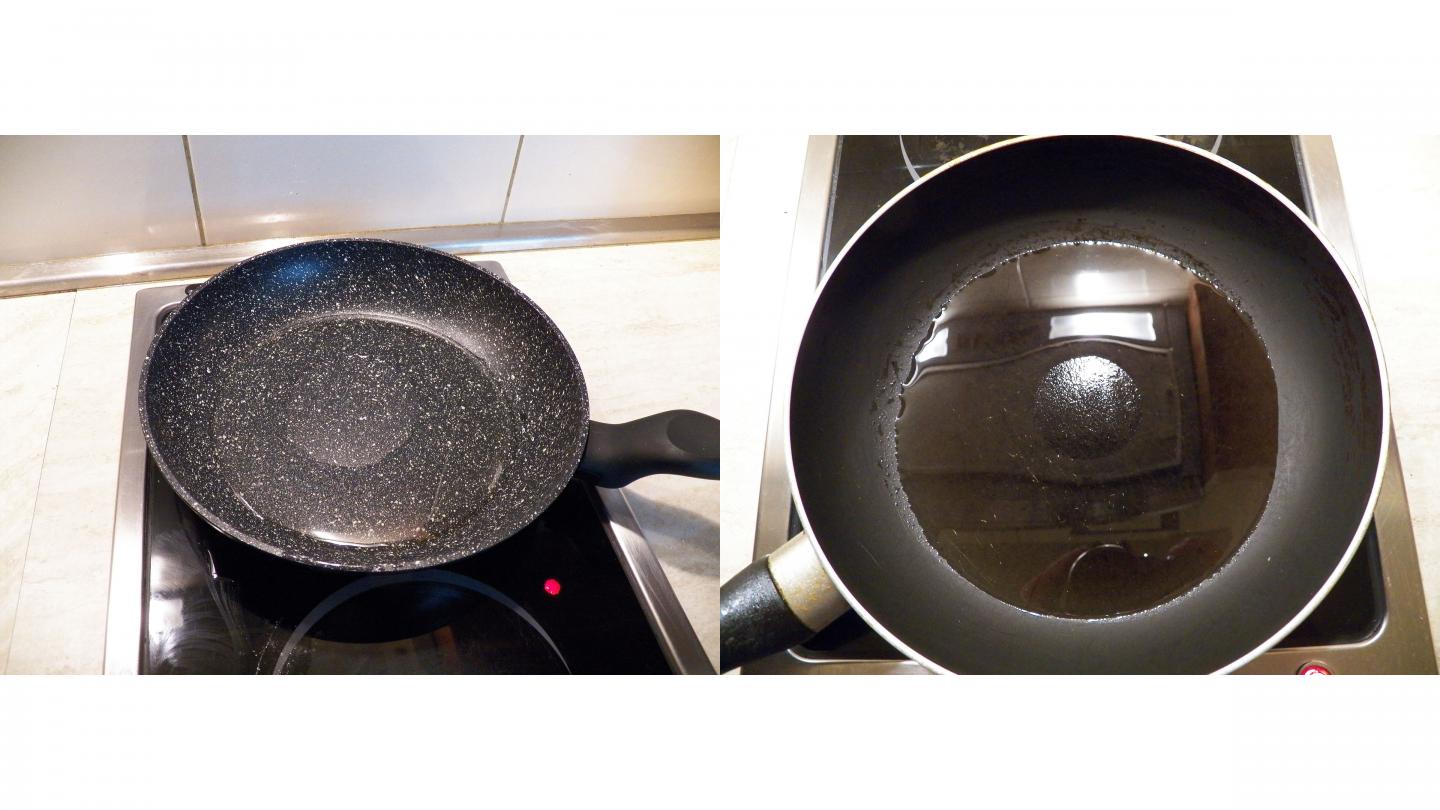 Despite the use of nonstick frying pans, foods will sometimes get stuck to a heated surface, even if oil is used. The results can be very messy and unappetizing.

Scientists at the Czech Academy of Sciences began an investigation of the fluid properties of oil on a flat surface, such as a frying pan. Their work, reported in Physics of Fluids, by AIP Publishing, shows convection may be to blame for our stuck-on food.

The experimental investigation used a nonstick pan with a surface comprised of ceramic particles. A video camera was placed above the pan as it was heated and used to measure the speed at which a dry spot formed and grew. Further experiments with a Teflon-coated pan showed the same.

“We experimentally explained why food sticks to the center of the frying pan,” said author Alexander Fedorchenko. “This is caused by the formation of a dry spot in the thin sunflower oil film as a result of thermocapillary convection.”

This gradient sets up a type of convection known as thermocapillary convection, which moves oil outward. When the oil film in the middle becomes thinner than a critical value, the film ruptures.

The researchers determined the conditions that lead to dry spots for both stationary and flowing films. These conditions include a decrease in the local film thickness below a critical size as well as the size of the deformed region falling below a number known as the capillary length.

“To avoid unwanted dry spots, the following set of measures should be applied: increasing the oil film thickness, moderate heating, completely wetting the surface of the pan with oil, using a pan with a thick bottom, or stirring food regularly during cooking,” Fedorchenko said.

The phenomenon also occurs in other situations, such as the thin liquid films used in fluid distillation columns or other devices that may have electronic components.

“Dry spot formation or film rupture plays a negative role, resulting in sharp overheating of the electronic components,” said Fedorchenko. “The results of this study may, therefore, have wider application.”