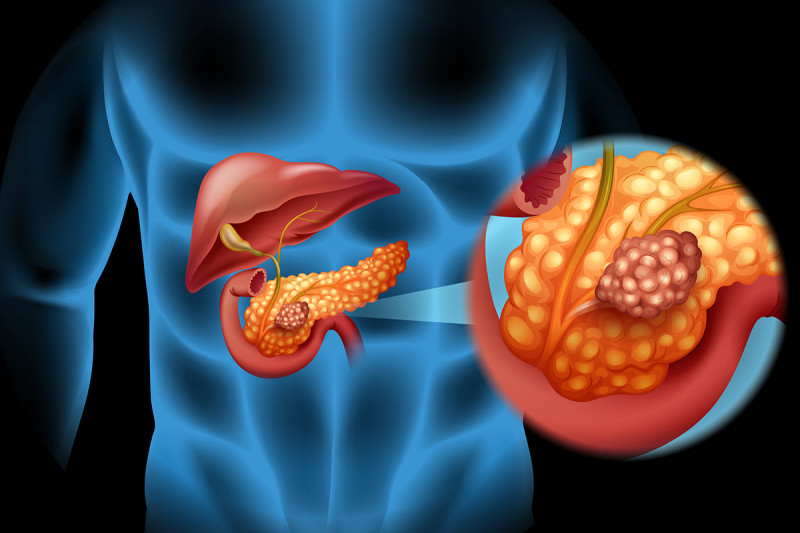 Inflammation in the blood could serve as a new biomarker to help identify patients with advanced pancreatic cancer who won’t respond to the immune-stimulating drugs known as CD40 agonists, suggests a new study from researchers in the Abramson Cancer Center of the University of Pennsylvania published in JCI Insight.

The purpose of CD40 agonists is to help “push the gas” on the immune system both by activating antigen-presenting cells, such as dendritic cells, to “prime” T cells and by enhancing anti-tumor macrophage activity. However, CD40 agonist-combination approaches only shrink tumors in a little more than half of patients, past studies have shown. Now, identifying systemic inflammation as a mechanism of resistance could help guide treatment decisions and future studies, as well as offer up new targets for researchers to explore.

“CD40 is a really exciting target, especially in pancreatic cancer, where agonistic monoclonal antibodies have shown a lot of promise, but we know that these agonists still face obstacles in certain patients that weaken the drug’s intended effects,” said lead author Max M. Wattenberg, MD, a clinical instructor of Medicine in the division of Hematology-Oncology in the Perelman School of Medicine at the University of Pennsylvania. “We believe we have not only identified a potentially robust biomarker, but also important players in the immune system we didn’t see before that may drive mechanisms of resistance.”

Pancreatic ductal adenocarcinoma (PDAC) is the most common type of pancreatic cancer and currently the third leading cause of cancer deaths in the United States. Despite the fact that it only accounts for about three percent of new cancer cases, it is responsible for more than seven percent of all cancer deaths, and just 10 percent of patients survive five years with the disease.

The researchers analyzed blood samples from 22 patients with PDAC to gain insight into the immunological mechanisms underway after treatment with chemoimmunotherapy. The team observed a depletion of B cells, monocytes, and dendritic cells as well as activation of CD4+ T cells over eight days in most patients. Surprisingly, a closer look revealed no consistent evidence of CD8+ cell activation and no association between T cell activation and outcomes. These findings challenge preclinical studies that have suggested that T cell activation sparked by CD40 agonists would associate with outcomes.

Rather, overall survival outcomes were associated with a measurable characteristic in the patients’ blood found before treatment: systemic inflammation. Systemic inflammation is marked by the increased presence of neutrophils, inflammatory cytokines (including IL-6 and IL-8) and acute phase reactants in the peripheral blood, and is a known symptom of pancreatic cancer and other cancer types.

Patients with systemic inflammation before treatment with a CD40 agonist and gemcitabine, the authors report, had a median overall survival of 5.8 months versus 12.3 months for patients without inflammation from the start of treatment.

“These latest findings support the fact that inflammation seems to place the immune system at a disadvantage and in doing so prevents the ability of immune therapies to work,” said senior author Gregory L. Beatty, MD, PhD, an associate professor of Hematology-Oncology at Penn’s Perelman School of Medicine. “Next, we’re interested to learn how to pair a T cell immune response with a CD40 agonist, so we are studying combinations that will help make the inflammatory response less suppressive and the components of the immune system more capable of triggering a T-cell response.”