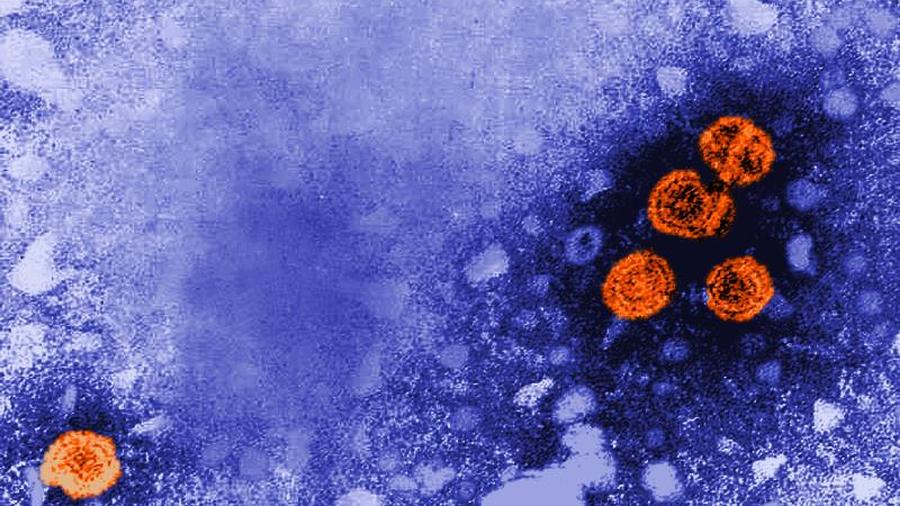 Around 260 million people, more than three percent of the global population, are chronically infected with the hepatitis B virus (HBV); in the long term, this often leads to complications such as liver cirrhosis and liver cancer. A cure is not yet possible with the available medication. Scientists at the German Center for Infection Research (DZIF) and the University Hospital Eppendorf (UKE) have now investigated a new combination therapy that has proven highly effective in their infection model.

The new therapeutic approach is based on shutting down the viral hepatitis B genome located in the nucleus of infected liver cells. Upon infection of the liver cell, the viral genome is transformed inside the nucleus into a closed circular DNA molecule. This deoxyribonucleic acid is a stable molecule known as covalently closed circular DNA (cccDNA) and serves as the template for the production of new viruses. The cccDNA represents the central reservoir of the hepatitis B viruses and enables their persistence in the liver. The virologist Prof. Dr. Maura Dandri and her team at the UKE managed to prevent the HBV-cccDNA from producing further viruses in the animal model.

The point of attack of their therapy is the viral HBx protein, which protects the cccDNA in the cell nucleus from silencing by preventing a host factor (SMC complex) from binding to it. The team treated the animals on the one hand with the antiviral cytokine interferon-alpha, which was already shown to reduce viral RNA, and on the other they suppressed the formation of the HBx protein by RNA interference, a method in which the translation from RNA to protein is inhibited. In both cases, they were able to abrogate HBx production in most infected cells, and thus to deactivate the cccDNA through reappearance of the host restriction factor. In addition, they combined this treatment with the administration of bulevirtide, able to prevent the entry of HBV into the cells and thus a reinfection. In this way, the effect of the cccDNA deactivation could be maintained even beyond the end of treatment. Bulevirtide, better known by the research name myrcludex, was co-developed in the DZIF and has recently been approved for the European market as an active substance in the treatment of hepatitis B.

“This combination therapy was able to achieve the sustained shutting down of the cccDNA in infected cells,” Prof. Dandri explains. She directs the “HBV Cure” project in the DZIF and the “Virushepatitis” working group in the UKE. Even though it has as yet only been tested in the mouse model, Prof. Dandri is convinced of the combination: “The results show that the HBV genome can be shut down with certain combination treatments. These approaches can now be applied in clinical studies in order to achieve a functional cure of chronic hepatitis B.”