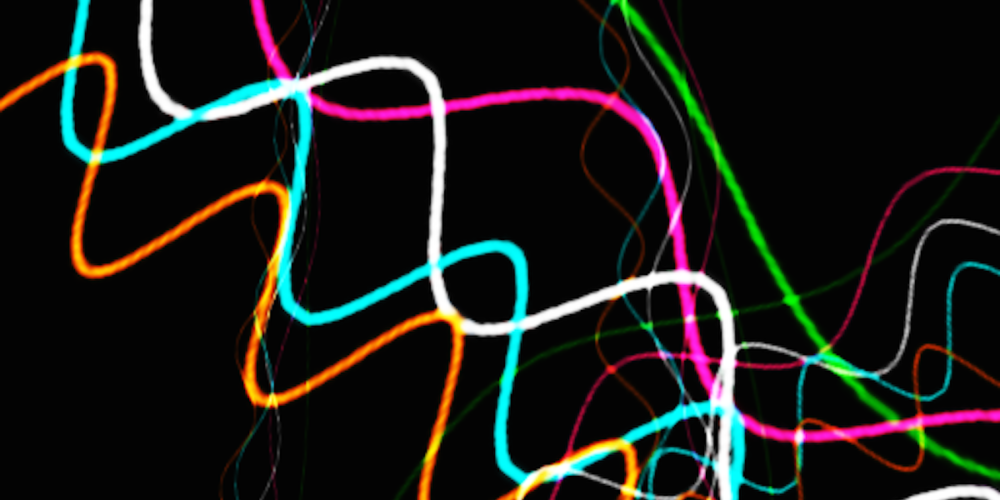 The modern world is powered by electrical circuitry on a “chip” — the semiconductor chip underpinning computers, cell phones, the internet, and other applications. In the year 2025, humans are expected to be creating 175 zettabytes (175 trillion gigabytes) of new data. How can we ensure the security of sensitive data at such a high volume? And how can we address grand-challenge-like problems, from privacy and security to climate change, leveraging this data, especially given the limited capability of current computers?

A promising alternative is emerging quantum communication and computation technologies. For this to happen, however, it will require the widespread development of powerful new quantum optical circuits; circuits that are capable of securely processing the massive amounts of information we generate every day. Researchers in USC’s Mork Family Department of Chemical Engineering and Materials Science have made a breakthrough to help enable this technology.

While a traditional electrical circuit is a pathway along which electrons from an electric charge flow, a quantum optical circuit uses light sources that generate individual light particles, or photons, on-demand, one-at-a-time, acting as information carrying bits (quantum bits or qubits). These light sources are nano-sized semiconductor “quantum dots”-tiny manufactured collections of tens of thousands to a million atoms packed within a volume of linear size less than a thousandth of the thickness of typical human hair buried in a matrix of another suitable semiconductor.

They have so far been proven to be the most versatile on-demand single photon generators. The optical circuit requires these single photon sources to be arranged on a semiconductor chip in a regular pattern. Photons with nearly identical wavelength from the sources must then be released in a guided direction. This allows them to be manipulated to form interactions with other photons and particles to transmit and process information.

Until now, there has been a significant barrier to the development of such circuits. For example, in current manufacturing techniques quantum dots have different sizes and shapes and assemble on the chip in random locations. The fact that the dots have different sizes and shapes mean that the photons they release do not have uniform wavelengths. This and the lack of positional order make them unsuitable for use in the development of optical circuits.

In recently published work, researchers at USC have shown that single photons can indeed be emitted in a uniform way from quantum dots arranged in a precise pattern. It should be noted that the method of aligning quantum dots was first developed at USC by the lead PI, Professor Anupam Madhukar, and his team nearly thirty years ago, well before the current explosive research activity in quantum information and interest in on-chip single-photon sources. In this latest work, the USC team has used such methods to create single-quantum dots, with their remarkable single-photon emission characteristics. It is expected that the ability to precisely align uniformly-emitting quantum dots will enable the production of optical circuits, potentially leading to novel advancements in quantum computing and communications technologies.

“The breakthrough paves the way to the next steps required to move from lab demonstration of single photon physics to chip-scale fabrication of quantum photonic circuits,” Zhang said. “This has potential applications in quantum (secure) communication, imaging, sensing and quantum simulations and computation.”

Madhukar said that it is essential that quantum dots be ordered in a precise way so that photons released from any two or more dots can be manipulated to connect with each other on the chip. This will form the basis of building unit for quantum optical circuits.

“If the source where the photons come from is randomly located, this can’t be made to happen.” Madhukar said.

“The current technology that is allowing us to communicate online, for instance using a technological platform such as Zoom, is based on the silicon integrated electronic chip. If the transistors on that chip are not placed in exact designed locations, there would be no integrated electrical circuit,” Madhukar said. “It is the same requirement for photon sources such as quantum dots to create quantum optical circuits.”

The research is supported by the Air Force Office of Scientific Research (AFOSR) and the U.S. Army Research Office (ARO).

“This advance is an important example of how solving fundamental materials science challenges, like how to create quantum dots with precise position and composition, can have big downstream implications for technologies like quantum computing,” said Evan Runnerstrom, program manager, Army Research Office, an element of the U.S. Army Combat Capabilities Development Command’s Army Research Laboratory. “This shows how ARO’s targeted investments in basic research support the Army’s enduring modernization efforts in areas like networking.”

To create the precise layout of quantum dots for the circuits, the team used a method called SESRE (substrate-encoded size-reducing epitaxy) developed in the Madhukar group in the early 1990s. In the current work, the team fabricated regular arrays of nanometer-sized mesas with a defined edge orientation, shape (sidewalls) and depth on a flat semiconductor substrate, composed of gallium arsenide (GaAs). Quantum dots are then created on top of the mesas by adding appropriate atoms using the following technique.

First, incoming gallium (Ga) atoms gather on the top of the nanoscale mesas attracted by surface energy forces, where they deposit GaAs. Then, the incoming flux is switched to indium (In) atoms, to in turn deposit indium arsenide (InAs) followed back by Ga atoms to form GaAs and hence create the desired individual quantum dots that end up releasing single photons. To be useful for creating optical circuits, the space between the pyramid-shaped nano-mesas needs to be filled by material that flattens the surface. The final chip where opaque GaAs is depicted as a translucent overlayer under which the quantum dots are located.

“This work also sets a new world-record of ordered and scalable quantum dots in terms of the simultaneous purity of single-photon emission greater than 99.5%, and in terms of the uniformity of the wavelength of the emitted photons, which can be as narrow as 1.8nm, which is a factor of 20 to 40 better than typical quantum dots,” Zhang said.

Zhang said that with this uniformity, it becomes feasible to apply established methods such as local heating or electric fields to fine-tune the photon wavelengths of the quantum dots to exactly match each other, which is necessary for creating the required interconnections between different quantum dots for circuits.

This means that for the first time researchers can create scalable quantum photonic chips using well-established semiconductor processing techniques. In addition, the team’s efforts are now focused on establishing how identical the emitted photons are from the same and/or from different quantum dots. The degree of indistinguishability is central to quantum effects of interference and entanglement, that underpin quantum information processing -communication, sensing, imaging, or computing.

Zhang concluded: “We now have an approach and a material platform to provide scalable and ordered sources generating potentially indistinguishable single-photons for quantum information applications. The approach is general and can be used for other suitable material combinations to create quantum dots emitting over a wide range of wavelengths preferred for different applications, for example fiber-based optical communication or the mid-infrared regime, suited for environmental monitoring and medical diagnostics,” Zhang said.

“This impressive growth and material science work stretches over three decades of dedicated effort before research activities in quantum information were in the mainstream,” Pomrenke said. “Initial AFOSR funding and resources from other DoD agencies have been critical in realizing the challenging work and vision by Madhukar, his students, and collaborators. There is a great likelihood that the work will revolutionize the capabilities of data centers, medical diagnostics, defense and related technologies.”