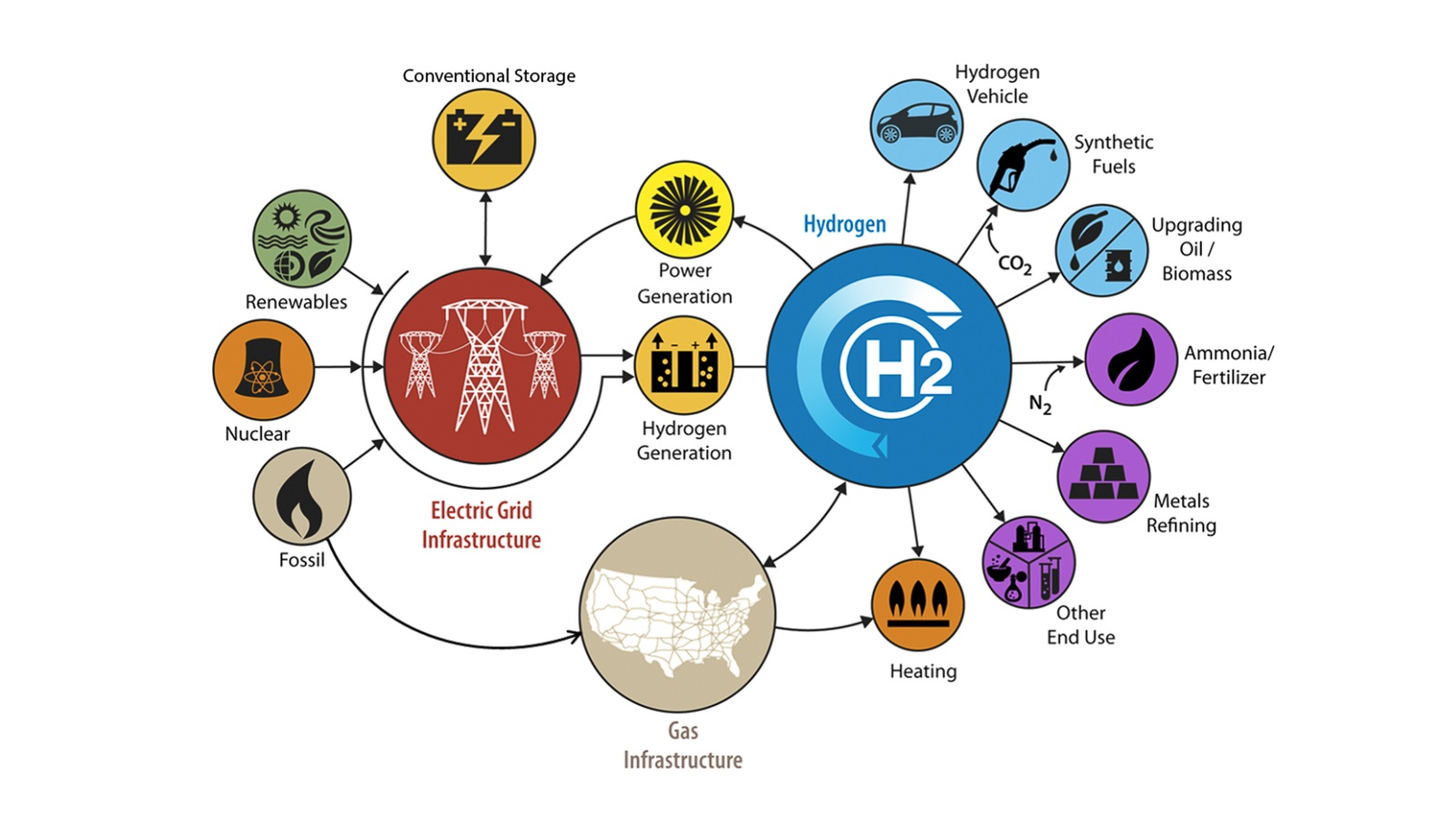 Hydrogen technology has the potential to transform aspects of the energy landscape, according to a new report from Argonne scientists.

The hydrogen economy is an aspiration for scientists and policymakers who seek to fully integrate sustainable, clean hydrogen in our larger energy system.

Many believe that hydrogen could play a key role as a zero-carbon and environmentally sustainable energy carrier that could dramatically reshape the contours of our entire economy, from transportation to manufacturing.

In a new study, researchers at the U.S. Department of Energy’s (DOE) Argonne National Laboratory and National Renewable Energy Laboratory have taken a deeper look at the potential for growth in hydrogen demand in the United States given current and emerging technologies. They evaluated six demand sectors, including synthetic fuels, biofuels, hydrogen injection in natural gas pipelines, metals manufacturing, and transportation.

The study is one example of the work that DOE’s Hydrogen and Fuel Cell Technologies Office within the Energy Efficiency and Renewable Energy Office (EERE) is funding to advance DOE’s H2@Scale vision for clean and affordable hydrogen production, storage, transport and use across the economy.

“The United States produces about 10 million metric tons of hydrogen per year, primarily for the petrochemical sector,” said Argonne senior scientist Amgad Elgowainy. ​“There is strong interest emerging in renewable production of hydrogen, primarily to decarbonize industrial and transportation demands. Our report evaluates the potential size of these demand sectors, and their sensitivity to the price of hydrogen.”

In the report, Elgowainy and his colleagues evaluated hydrogen as part of synthetic fuels, an area where Argonne also has significant other ongoing life cycle and technoeconomic analysis. Synthetic fuels are advantageous because they can leverage existing infrastructure for liquid fuel, and also recycle waste carbon dioxide streams to create new forms of usable energy. Pairing carbon dioxide with hydrogen inputs could create a broad array of new forms of hydrocarbon fuels that could find their way into a variety of different uses across transportation and industry, Elgowainy said.

The Argonne study on hydrogen demand potential complements another recently released H2@Scale analysis that was led by the National Renewable Energy Laboratory and estimated the economic potential of hydrogen consumption, given hydrogen supply in various future energy system scenarios. This study identified the economic potential of hydrogen consumption in the US as two to four times current demand, depending on R&D advancements, infrastructure availability, and the prices of electricity and natural gas. Ongoing work at Argonne is attempting to assess the life cycle emissions of these sectors, as well as the cost drivers and potential for hydrogen demand in other emerging applications.

Featured image: A graphical depiction of the hydrogen economy, showing the many uses for hydrogen in industry and transportation. (Image by U.S. Department of Energy.)