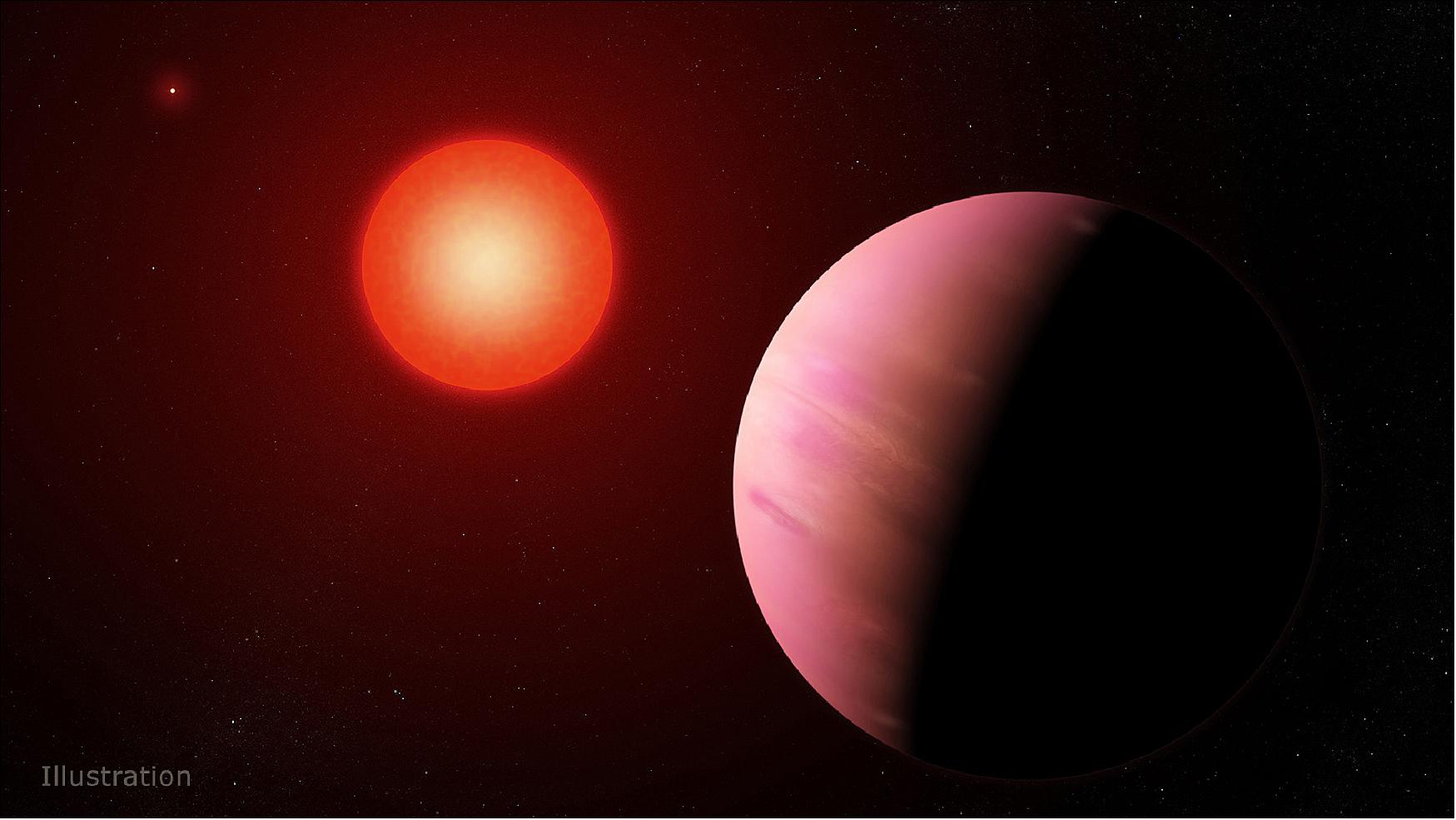 Hobson and colleagues presented the confirmation of the eccentric warm giant planet TOI-201 b, first identified as a candidate in TESS photometry (Sectors 1-8, 10-13, and 27-28) and confirmed using ground-based photometry from NGTS and radial velocities from FEROS, HARPS, CORALIE, and Minerva-Australis. TOI-201 b orbits a young (0.87 Gyr) and bright (V=9.07 mag) F-type star (called TOI-201) with a 52.9781 d period. The planet has a mass of 0.42 MJ (0.42 times than that of the mass of the Jupiter), a radius of 1.008 RJ, and an orbital eccentricity of 0.28; it appears to still be undergoing fairly rapid cooling, as expected given the youth of the host star. Their study recently published in Journal ArXiv.

In order to characterise the host star, TOI-201, they first used the co-added HARPS spectra to determine the atmospheric parameters. Then, they employed the ZASPE code, which compares the observed spectrum to a grid of synthetic models generated from the ATLAS9 model atmospheres in order to determine the effective temperature Teff, surface gravity log g, metallicity [Fe/H], and projected rotational velocity v sin i.

Next, they determined the physical parameters. To summarize, they compared the broadband photometric measurements, converted to absolute magnitudes using the Gaia DR2 parallax, with the stellar evolutionary models of Bressan et al. They used the emcee package to sample the posterior distributions. Through this procedure, they determined the age, mass, radius, luminosity, density, and extinction. They also obtained new values for Teff and log g, the latter of which is more precise than the one previously determined through ZASPE. Therefore, they iterated the entire procedure, using the new log g as an additional input parameter for ZASPE. One iteration was sufficient for the log g value to converge. The stellar parameters and observational properties of TOI-201 are presented in Table 1. Thus, they found that TOI-201 is a young, F-type star. The star also shows long-term variability in both the radial velocities and several activity indicators, which they attribute to stellar activity.

I already described in my last article, the size and mass of warm Jupiters is determined by their metallicity. Hobson and colleagues used the structure models of Thorngren & Fortney to constrain the heavy element mass for TOI-201 b. Using the planet mass and insolation flux, and the stellar age, they employed a retrieval algorithm to recover the metallicity which would match the observed radius. The metallicity required to explain the planet’s radius is strongly correlated with the age, indicating that it appears to still be cooling – and therefore contracting – fairly rapidly. The bulk metallicity they obtained is Zp = 0.16, which is moderately low for the planet’s mass compared to similarly massive planets from Thorngren & Fortney, but still within the range of values obtained in that work.

The Rossiter-McLaughlin effect allows the stellar obliquity to be measured. These measurements are useful for constraining migration scenarios, and are particularly valuable for planets such as TOI-201 b, which are located at longer orbital distances where tidal realignment is no longer in play. Hobson and colleagues noted that all the RV measurements used in the analysis section (in their paper) fall outside the transit, and so are not affected by the Rossiter-McLaughlin effect. For TOI-201 b, the expected semi-amplitude of the Rossiter-McLaughlin signal is of ≈ 40m/s for an aligned orbit, making this system a good candidate for such observations.