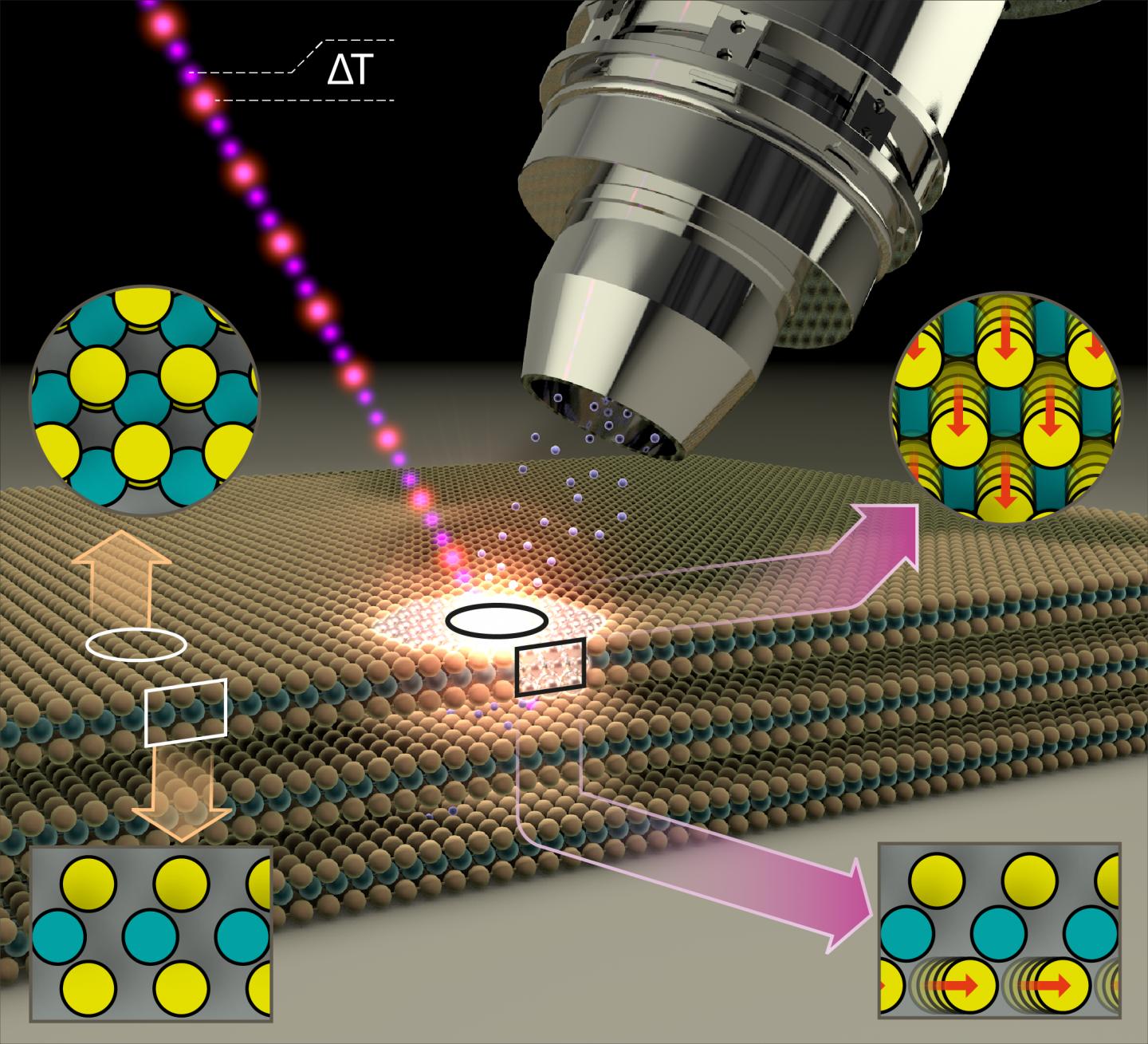 MoS2 thin films of superposed alternating layers of molybdenum and sulfur atoms form a two-dimensional semiconducting surface. However, even a surprisingly low-intensity blue light pulse is enough to alter the properties of the surface and make it metallic. This has now been demonstrated by a team at BESSY II.

The exciting thing is that the MoS2 layers in this metallic phase are also particularly active catalytically. They can then be employed, for example, as catalysts for splitting of water into hydrogen and oxygen. As inexpensive catalysts, they could facilitate the production of hydrogen – an energy carrier whose combustion produces no CO2, only water.

Analysis of the empirical data showed that the light pulse leads to a transient accumulation of charge at the surface of the sample, triggering the phase transition at the surface from a semiconducting to a metallic state.

“This phenomenon should also occur in other representatives of this class of materials, the p-doped semiconducting dichalcogenides, so it opens up possibilities of influencing functionality and catalytic activity in a deliberate way”, Sorgenfrei explains.

Featured image: A new instrument at BESSY II can be used to study molybdenum-sulfide thin films that are of interest as catalysts for solar hydrogen production. A light pulse triggers a phase transition from the semiconducting to the metallic phase and thus enhances the catalytic activity. © Martin Künsting /HZB