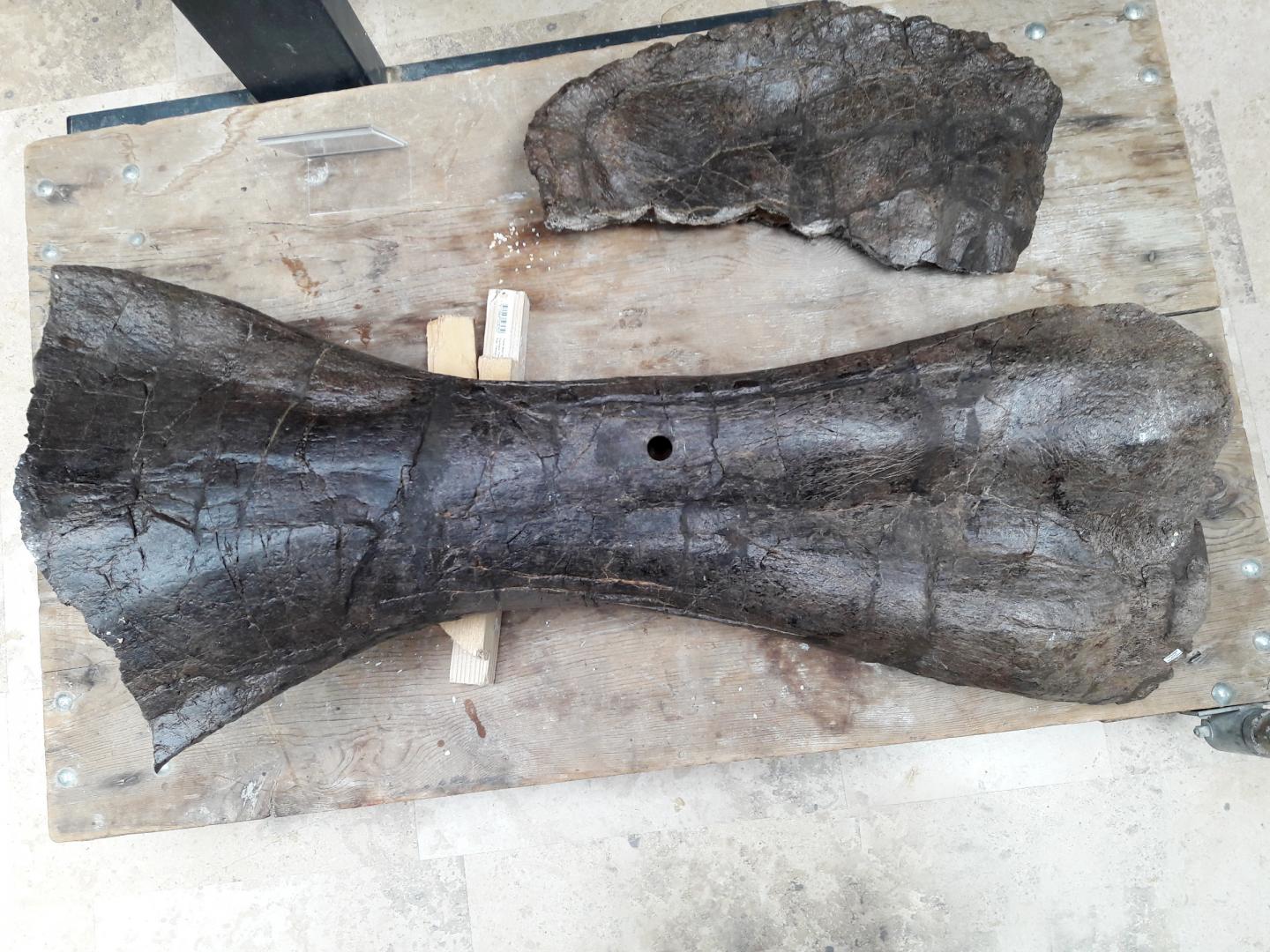 Fossil sites sometimes resemble a living room table on which half a dozen different jigsaw puzzles have been dumped: It is often difficult to say which bone belongs to which animal. Together with colleagues from Switzerland, researchers from the University of Bonn have now presented a method that allows a more certain answer to this question. Their results are published in the journal Palaeontologia Electronica.

Fossilized dinosaur bones are relatively rare. But if any are found, it is often in large quantities. “Many sites contain the remains of dozens of animals,” explains Prof. Dr. Martin Sander from the Institute of Geosciences at the University of Bonn.

If the finder is lucky, the bones are still arranged exactly as in the living dinosaur. Some are even still connected to each other at their joints. All too often, however, they were pulled apart and dispersed by scavengers and flowing water before being embedded in the soil. “Assigning this pile of hundreds of fossilized bones to the respective individuals from which they originally came is then usually very difficult,” stresses Sander, who is also a member of the transdisciplinary research area “Building Blocks of Matter and Fundamental Interactions”.

This is because, for one thing, “long bones” from the arms and legs, like the thigh bone, look remarkably similar even in different species. This means that even experts are often unable to say whether a fossil thigh bone is from Diplodocus or Brachiosaurus. And even if this could be ascertained, perhaps the excavation produced several Diplodocus specimens to which it could belong.

Sander and his doctoral student Kayleigh Wiersma-Weyand have now been able to demonstrate how this can be achieved. They used dinosaur bones from the U.S. state of Wyoming as a test object. These had been excavated and partially combined into skeletons by a team from the Aathal dinosaur museum in Switzerland shortly before the turn of the millennium.

The Swiss researchers made their finds available to the paleontologists in Bonn for the study. Wiersma-Weyand and Sander drilled into the 150-million-year-old bones and examined the extracted core under the microscope. “This allows us to find out how old the animal in question was when it died,” Wiersma-Weyand explains. For one thing, young bones are better vascularized than old ones; this means that after fossilization they have more cavities in which the blood vessels used to be. Second, bone growth proceeds in spurts. “We therefore often see characteristic annual rings, similar to what we see in trees,” the researcher says.

Estimating the age often makes it possible to rule out that a bone belongs to a particular skeleton. “If the left thigh bone is ten years older than the right one, we have a problem,” Sander says laconically. There were no such discrepancies in the finds examined for the study. “However, we came across bones that had previously been attributed to two different animals, but probably belong to one and the same skeleton.”

The study addresses a problem that has begun to come into scientific focus in recent years: With many mounted dinosaur skeletons located in museums and collections around the world, it is still not clear whether their bones come from one or more individuals. This combination is often done deliberately during mounting, since dinosaur skeletons are rarely preserved in their entirety. Supplementing missing bones with finds from other specimens is therefore common practice and, in principle, not a big deal as long as it is recorded. More critical, however, is when researchers combine finds unknowingly and these then come from different species or animals of different ages.

When the original Diplodocus has legs that are too short

This becomes particularly relevant when the skeletons are so-called type specimens. This is because these are considered the “standard” for the corresponding species, similar to the prototype meter. But what if, for example, the original Diplodocus contains the lower legs of a younger (and thus smaller) Diplodocus specimen? “Then some of the conclusions we draw about its locomotion and lifestyle may be wrong,” Sander points out. “Our research therefore also helps combat the much-cited replication crisis in science.”

Together with Kayleigh Wiersma-Weyand and Master student Nico Roccazzella, he will soon be using this method to take a closer look at a famous exhibit: the “Arapahoe” skeleton, the longest skeleton of a dinosaur in Europe, which is currently on display at the Museum Koenig in Bonn.

Featured image: The upper arm bone of a Diplodocus. The drill hole created during the removal of the fossil bone tissue sample is clearly visible. (c) Martin Sander/Uni Bonn