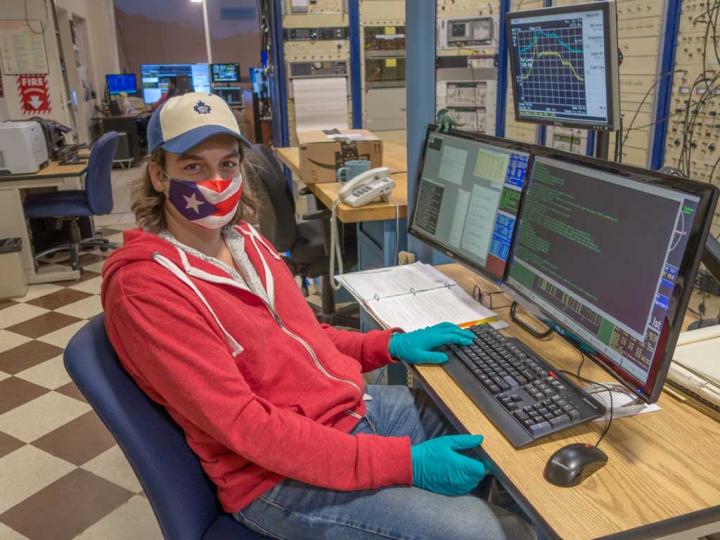 Using the same principles that make polarized sunglasses possible, a team of researchers at the Arecibo Observatory in Puerto Rico have developed a technique that will help better defend against asteroids on a collision course with Earth.

A new study recently published in The Planetary Science Journal found a better way to interpret radar signals bounced off asteroids’ surfaces. The data can better tell us if an asteroid is porous, fluffy or rocky, which matters because there are hundreds of near-Earth asteroids that could potentially hit the planet.

“Learning more about the physical properties of asteroids is crucial in Planetary Defense,” says Dylan Hickson the lead author and a research scientist at the Arecibo Observatory in Puerto Rico. “A porous, fluffy asteroid does not pose as much of an impact threat as a dense, rocky asteroid does. With our research we can better prepare for potential asteroid impact events.

Depending on their size and composition some asteroids will burn up in the atmosphere, but others could cause catastrophic damage. Knowing how to deflect these potential threats will depend on what we know about their makeup.

Data collected from 1999-2015 with the Arecibo’s main dish in Puerto Rico were used to complete the study. Arecibo is a U.S. National Science Foundation facility, which UCF manages for NSF under a cooperative agreement with Universidad Ana G. Méndez and Yang Enterprises Inc. The main dish collapsed in December, but work continues throughout the rest of the facility, and scientists continue to use previously collected data.

“When we send a radar signal with Arecibo, we know the exact polarization of the light, but when it bounces off of a surface, that can change how it’s polarized,” Hickson says. “If the asteroid surface was a smooth mirror, for example, it will reverse polarization ‘perfectly’ when the signal is reflected. With a rough and rocky surface, the light will interact with rock edges, cracks, and grains — and reflect in a completely different polarization.”

When the team analyzed Arecibo data, they broke down the polarization of the received signal into various components to decipher what surface features produced them. Is more of the surface fine-grained, smooth dust, sand-like grains or big rocks? Or is the surface full of small rocks and fine grains of dust?

Using polarimetric decomposition (polarization technique) isn’t new, but it isn’t 100% reliable yet. For example, scientists on NASA’s OSIRIS REx mission were surprised by how rocky asteroid Bennu was when they arrived last year to begin a sample collection mission. Images taken from the spacecraft found the surface to be much more rocky than initial radar data indicated, and the team had to adjust its sample target site.

“Our results provide a methodology to extract more information about the surface properties from observations, giving us a better picture of what these mysterious surfaces look like,” Hickson says. “Not only can this methodology be applied to archival data, but it can also be applied to future observations, potentially vastly increasing our understanding of the broader asteroid population.”

Provided by University of Central Florida