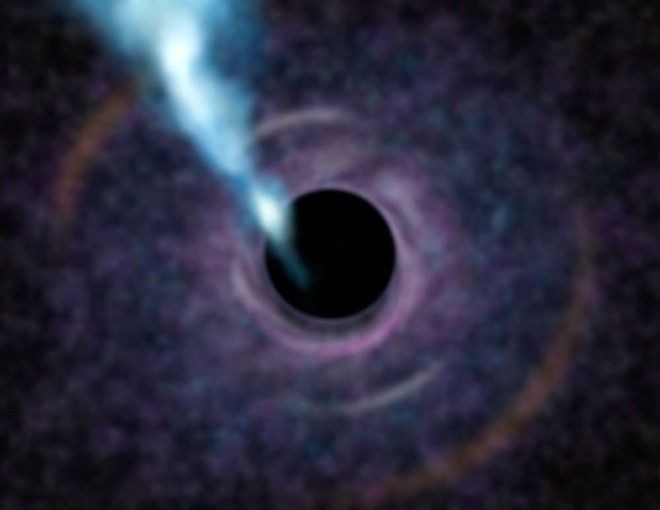 In 2004, the INTEGRAL satellite has detected an excess of 511 keV photons from the inner Milky Way relative to astrophysical expectations. This signal consists of a flux of (1.07 ± 0.03) ×10¯3 photons cm¯2 s¯1, requiring the injection of ∼ 2 × 1043 positrons per second. A variety of potential astrophysical sources for this signal have been proposed, including type Ia supernovae, gamma-ray bursts, microquasars, low-mass X-ray binaries, and neutron star mergers. However, given the challenges involved in explaining the observed characteristics of this signal, a number of more exotic scenarios have also been put forth. In particular, the annihilations of MeV scale dark matter particles have been considered in detail within this context, although this possibility now seems to be ruled out by measurements of the damping tail of the cosmic microwave background. Explanations featuring decaying, or upscattering dark matter particles remain potentially viable. Other exotic scenarios involving Q-balls, pico-charged particles, quark nuggets, or unstable MeV-scale states produced in supernovae have also been discussed within this context.

Now, Keith and Hooper explored the possibility that primordial black holes could be the source of the positrons responsible for INTEGRAL’s 511 keV excess. After identifying the regions of parameter space that can accommodate this signal, they calculated the gamma-ray spectrum from these black holes (including direct Hawking radiation, photons from the inflight annihilation of positrons, and final-state radiation), and derived constraints based on data from the gamma-ray telescopes INTEGRAL and COMPTEL. After evaluating the constraints from INTEGRAL, COMPTEL, and Voyager 1, they found that black holes in mass range of mBH ∼ (1 − 4) × 1016 g could potentially produce this signal if they make up a small fraction of the total dark matter density (f_DM ~ 0.0001–0.004).

It has been suggested that the positrons responsible for this signal could be produced through the Hawking evaporation of primordial black holes. After evaluating the constraints from INTEGRAL, COMPTEL, and Voyager 1, we find that black holes in mass range of ∼(1−4)×1016 g could potentially produce this signal if they make up a small fraction of the total dark matter density.

For the range of m_BH and f_DM required in this scenario, they predicted that the local halo of the Milky Way should contain a considerable number density of black holes, n (Sys. local, stat. BH) ∼ 1012 pc¯3, corresponding to a median instantaneous distance of ∼ 10 AU to the nearest such black hole, well within the boundaries of our Solar System. Given the significant velocities of any primordial black holes in the Milky Way’s halo, authors expect individual black holes to regularly pass through the inner Solar System.

Authors also suggested that using a telescope such as AMIGO or e-ASTROGAM for detecting and characterizing the diffuse gamma-ray emission generated by black holes in the Milky Way’s inner halo, or as they contribute to the isotropic gamma-ray background, will be a promising way to test this class of scenarios. Instruments such as AMIGO or e-ASTROGAM should be able to improve substantially (by approximately an order of magnitude) on the limits derived in study using COMPTEL and INTEGRAL data, making it possible to definitively test the range of parameter space in which primordial black holes could produce the observed 511 keV signal.

Although such black holes would be very challenging to detect individually, future satellite-based gamma-ray telescopes such as AMIGO or e-ASTROGAM will be able to definitively test this class of scenarios by measuring the spectrum and morphology of the MeV-scale emission from the Inner Galaxy.