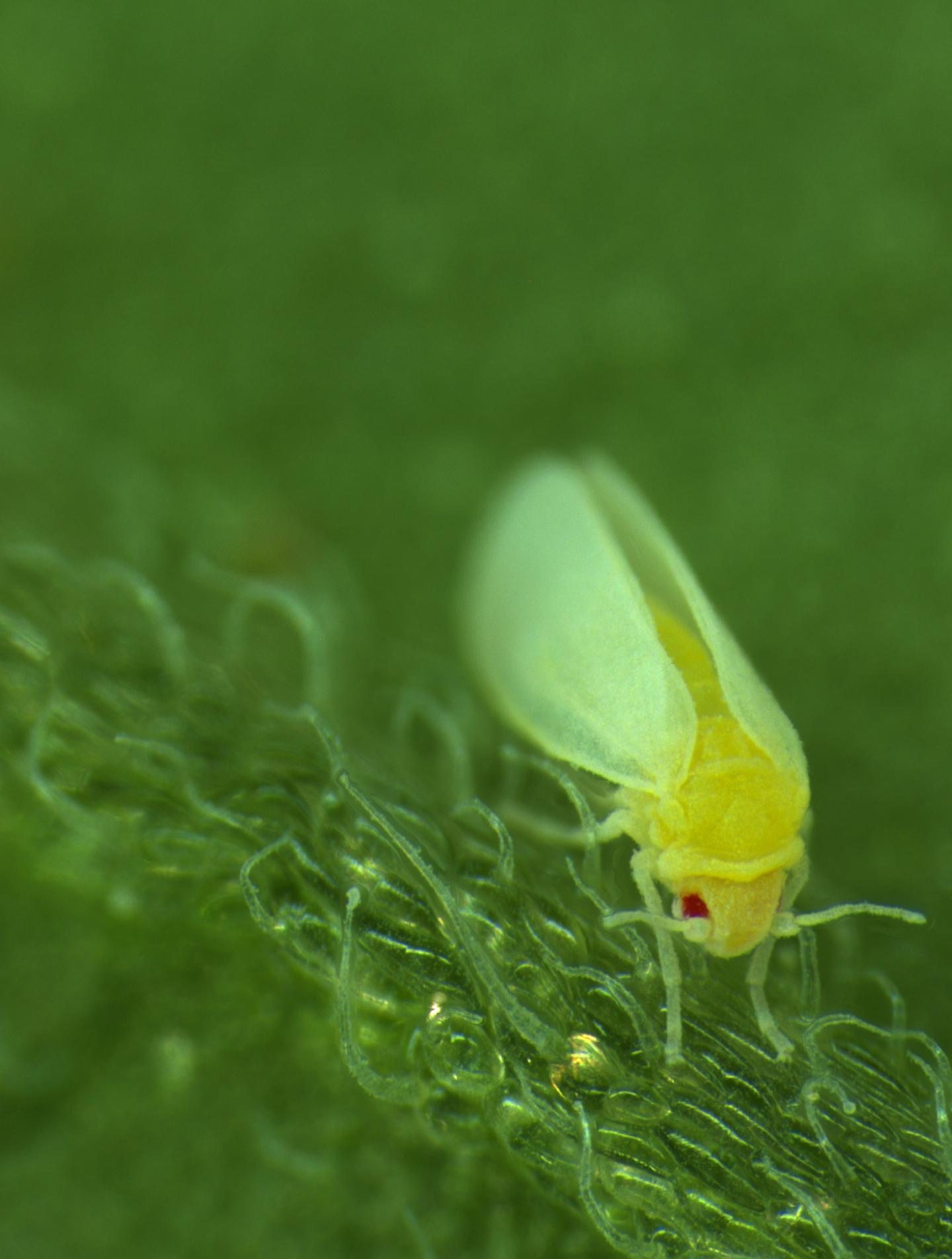 Millions of years ago, aphid-like insects called whiteflies incorporated a portion of DNA from plants into their genome. A Chinese research team, publishing March 25th in the journal Cell, reveals that whiteflies use this stolen gene to degrade common toxins plants use to defend themselves against insects, allowing the whitefly to feed on the plants safely.

“This seems to be the first recorded example of the horizontal gene transfer of a functional gene from a plant into an insect,” says co-author Ted Turlings (@FARCE_lab), a chemical ecologist and entomologist at the University of Neuchâtel, in Switzerland. “You cannot find this gene, BtPMaT1, which neutralizes toxic compounds produced by the plant, in any other insect species.”

Scientists believe that plants probably use BtPMaT1 within their own cells to store their noxious compounds in a harmless form, so the plant doesn’t poison itself. The team, led by Youjun Zhang from the Institute of Vegetables and Flowers at the Chinese Academy of Agricultural Sciences, used a combination of genetic and phylogenetic analyses, to reveal that roughly 35 million years ago, whiteflies stole this defense gene, granting the insect the ability to detoxify these compounds for themselves.

“We think a virus within the plant may have taken up this BtPMaT1 gene and, after ingestion by a whitefly, the virus then must have done something inside the insect whereby that gene was integrated into the whiteflies genome,” says Turlings. “Of course, this is an extremely unlikely event, but if you think about millions of years and billions of individual insects, viruses, and plants across time, once in a while this could happen, and if the acquired gene is a benefit to the insects, then it will be evolutionarily favored and may spread.”

Whiteflies have become a major agricultural pest worldwide, able to attack at least 600 different species of plants worldwide. “One of the questions we’ve been asking ourselves is how these insects acquired these incredible adaptations to circumvent plant defenses, and with this discovery we have revealed at least one reason as to why,” Turlings says.

Using this knowledge, Turlings’ Chinese colleagues created a strategy to undo the whiteflies’ stolen superpower. They developed a small RNA molecule that interferes with the whiteflies’ BtPMaT1 gene, making the whiteflies susceptible to the plant’s toxic compounds.

“The most exciting step of this design was when our colleagues genetically manipulated tomato plants to start producing this RNA molecule” says Turlings. “Once the whiteflies fed on the tomatoes and ingested the plant-produced RNA, their BtPMaT1 gene was silenced, causing 100% mortality of the insect, but the genetic manipulation had no impact on the survival of other insects that were tested.”

With focused efforts to produce genetically modified crops that are able to silence the whitefly gene, this could function as a targeted strategy for pest control to combat agricultural devastation caused by whitefly populations.

“There are definitely still some hurdles this method needs to get over, most notably the skepticism about using transgenic plants,” he says “But in the future, I do see this as a very clear way of controlling whiteflies because now we know exactly the mechanism behind it, and we are equipped to deal with possible changes in the whitefly gene that may arise.

Featured image: This image shows a whitefly on a leaf © Jixing Xia and Zhaojiang Guo