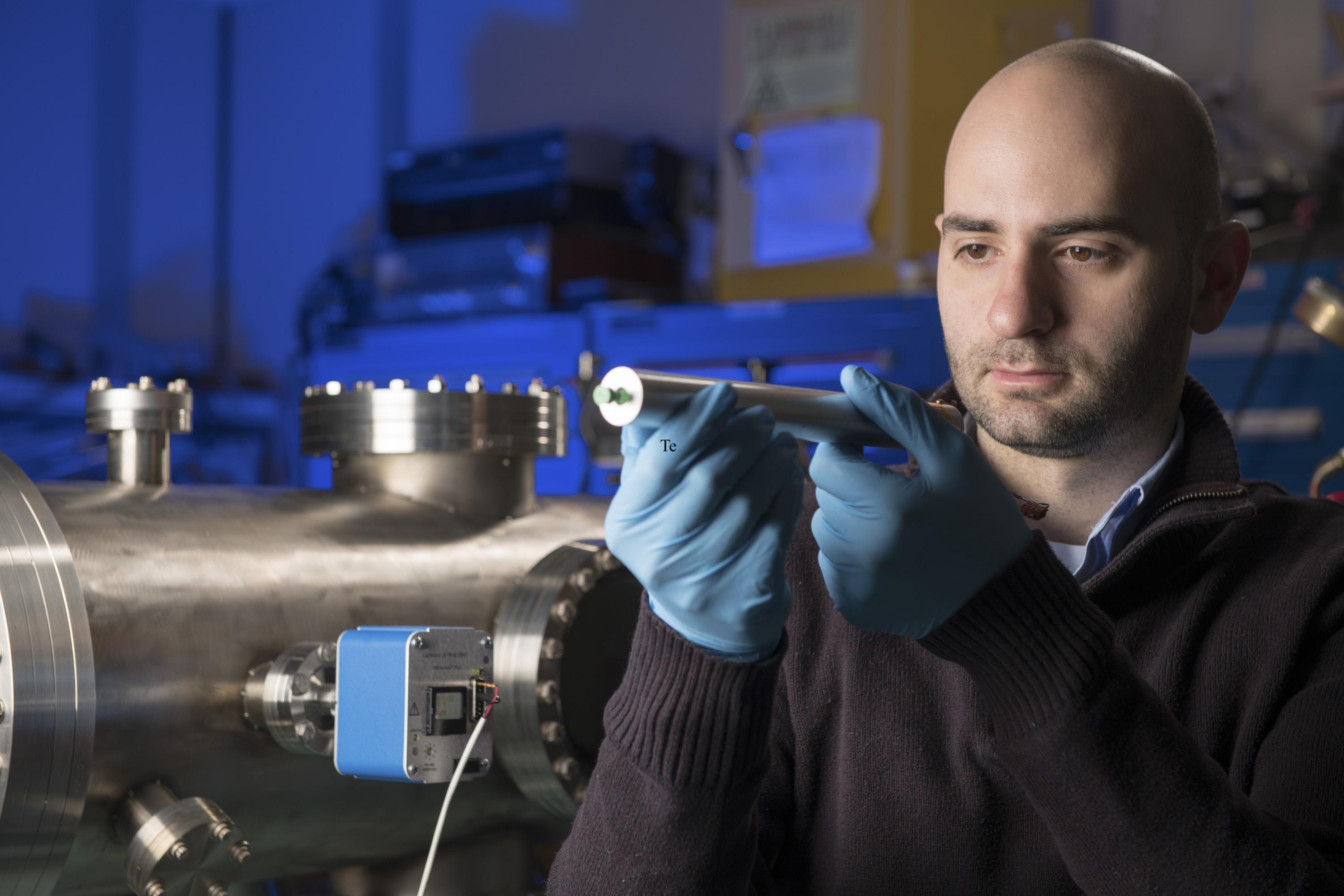 The long-awaited first results from the Muon g-2 experiment at the U.S. Department of Energy’s Fermi National Accelerator Laboratory show fundamental particles called muons behaving in a way that is not predicted by scientists’ best theory, the Standard Model of particle physics. This landmark result, made with unprecedented precision and to which UMass Amherst’s David Kawall’s research group  made key contributions, confirms a discrepancy that has been gnawing at researchers for decades.

“Today is an extraordinary day, long awaited not only by us but by the whole international physics community,” said Graziano Venanzoni, co-spokesperson of the Muon g-2 experiment and physicist at the Italian National Institute for Nuclear Physics. “A large amount of credit goes to our young researchers who, with their talent, ideas and enthusiasm, have allowed us to achieve this incredible result.”

“It’s fantastically interesting to work on,” says Kawall, a professor in UMass’s physics department. “Everything matters. Every little detail matters, and all future theories of physics will have to be compatible with this result.”

A muon is about 200 times as massive as its cousin, the electron. Muons occur naturally when cosmic rays strike Earth’s atmosphere, and particle accelerators at Fermilab can produce them in large numbers. Like electrons, muons act as if they have a tiny internal magnet. In a strong magnetic field, the direction of the muon’s magnet precesses, or wobbles, are much like the axis of a spinning top or gyroscope. The strength of the internal magnet determines the rate that the muon precesses in an external magnetic field and is described by a number that physicists call the g-factor. This number can be calculated with ultra-high precision.

Kawall’s group, which included postdocs David Flay and Jimin George, graduate student David Kessler, and undergrad Alysea Kim, worked on measuring the strength of the magnetic field through which the muons passed, as well as preparing the magnet itself, a feat requiring almost unimaginable precision. “One of the innovations we were responsible for,” says Kawall, “was developing a system involving 8,000 sheets of laser-cut iron foil to make the magnetic field as homogenous as possible. With our system, we were able to achieve results nearly three times better than the previous experiment.” The team also spent years developing special calibration probes of incredible fidelity, accurate down to 15 parts per billion.

As the muons circulate in the Muon g-2 magnet, they also interact with a quantum foam of subatomic particles popping in and out of existence. Interactions with these short-lived particles affect the value of the g-factor, causing the muons’ precession to speed up or slow down very slightly. The Standard Model predicts this so-called anomalous magnetic moment extremely precisely. But if the quantum foam contains additional forces or particles not accounted for by the Standard Model, that would tweak the muon g-factor further.

“This quantity we measure reflects the interactions of the muon with everything else in the universe. But when the theorists calculate the same quantity, using all of the known forces and particles in the Standard Model, we don’t get the same answer,” said Renee Fatemi, a physicist at the University of Kentucky and the simulations manager for the Muon g-2 experiment. “This is strong evidence that the muon is sensitive to something that is not in our best theory.”

With more than 200 scientists from 35 institutions in seven countries, the Muon g-2 collaboration has now finished analyzing the motion of more than 8 billion muons from that first run.

“So far we have analyzed less than 6% of the data that the experiment will eventually collect. Although these first results are telling us that there is an intriguing difference with the Standard Model, we will learn much more in the next couple of years,” says Fermilab scientist Chris Polly.

“Pinning down the subtle behavior of muons is a remarkable achievement that will guide the search for physics beyond the Standard Model for years to come,” said Fermilab Deputy Director of Research Joe Lykken. “This is an exciting time for particle physics research, and Fermilab is at the forefront.”