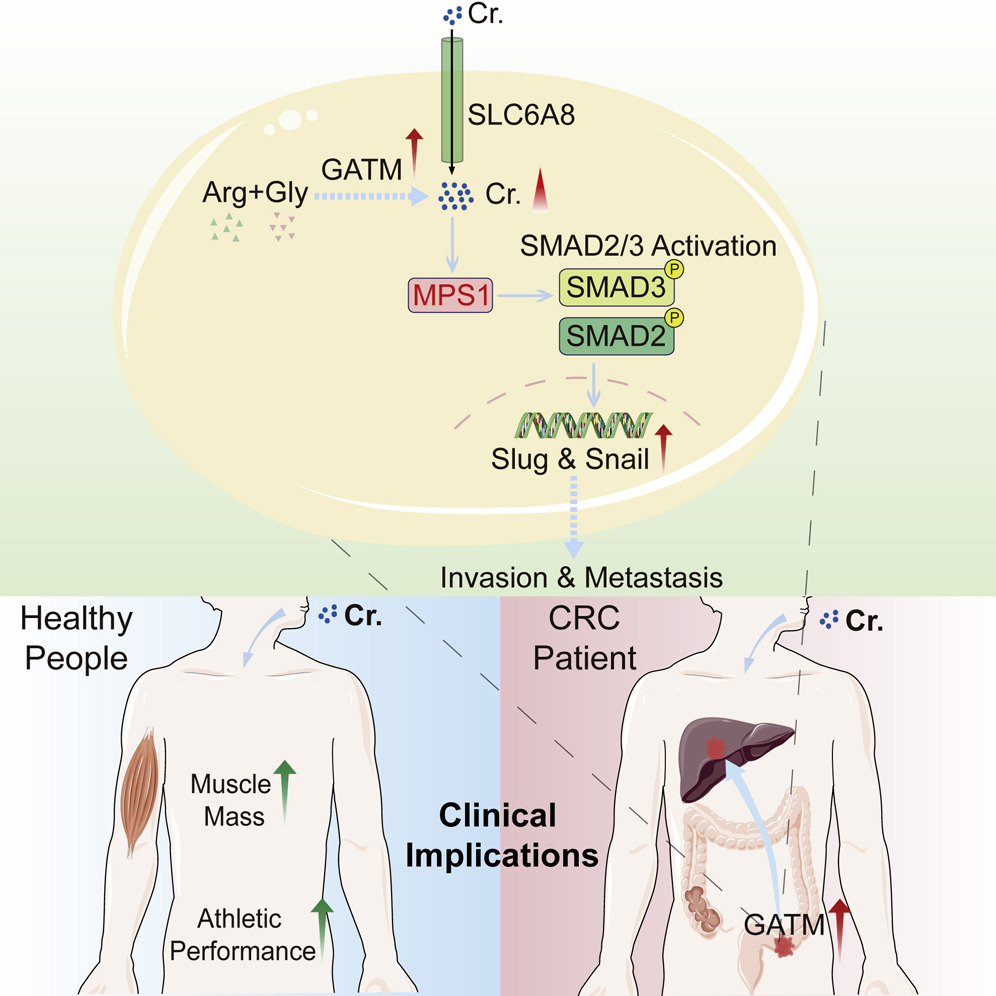 As one of the most popular nutrient supplements, creatine has been used to enhance muscle mass and the function of heathy human subjects. Dietary creatine supplementation has even been used in clinical trial to reverse cachexia of colorectal cancer (CRC) patients, although creatine uptake has been demonstrated to fail to improve either muscle function or life quality of the patients.Studies using subcutaneous injection mouse models showed that creatine uptake suppresses tumor growth, setting creatine as an anti-tumor supplement. However, subcutaneous injection mouse models are not clinically relevant for investigation of tumor progression, and tumor growth is not always coupled with metastasis. Thus, it remains to be elucidated how creatine affects tumor progression, such as metastasis and patient survival.

In a study published in Cell Metabolism, a research group led by Prof. BU Pengcheng at the Institute of Biophysics of the Chinese Academy of Sciences (CAS), collaborating with PIAO Hailong from Dalian Institute of Chemical Physics of the CAS and CHEN Gang from Chinese PLA General Hospital, reported that creatine promotes cancer metastasis through activation of Smad2/3.

To explore creatine function in cancer metastasis, the researchers used an orthotopic mouse model and found that dietary uptake creatine promoted the metastasis of colorectal cancer and breast cancer and shortened mice survival.

CRC is the third most deadly and fourth most commonly diagnosed cancer in the world, and the incidence has been steadily rising. About 25% of diagnoses cases has metastasized and 70% of CRC patients eventually develop liver metastasis. Hereditary CRC account for 7-10% of all cases, and diet are significant CRC risk factors.