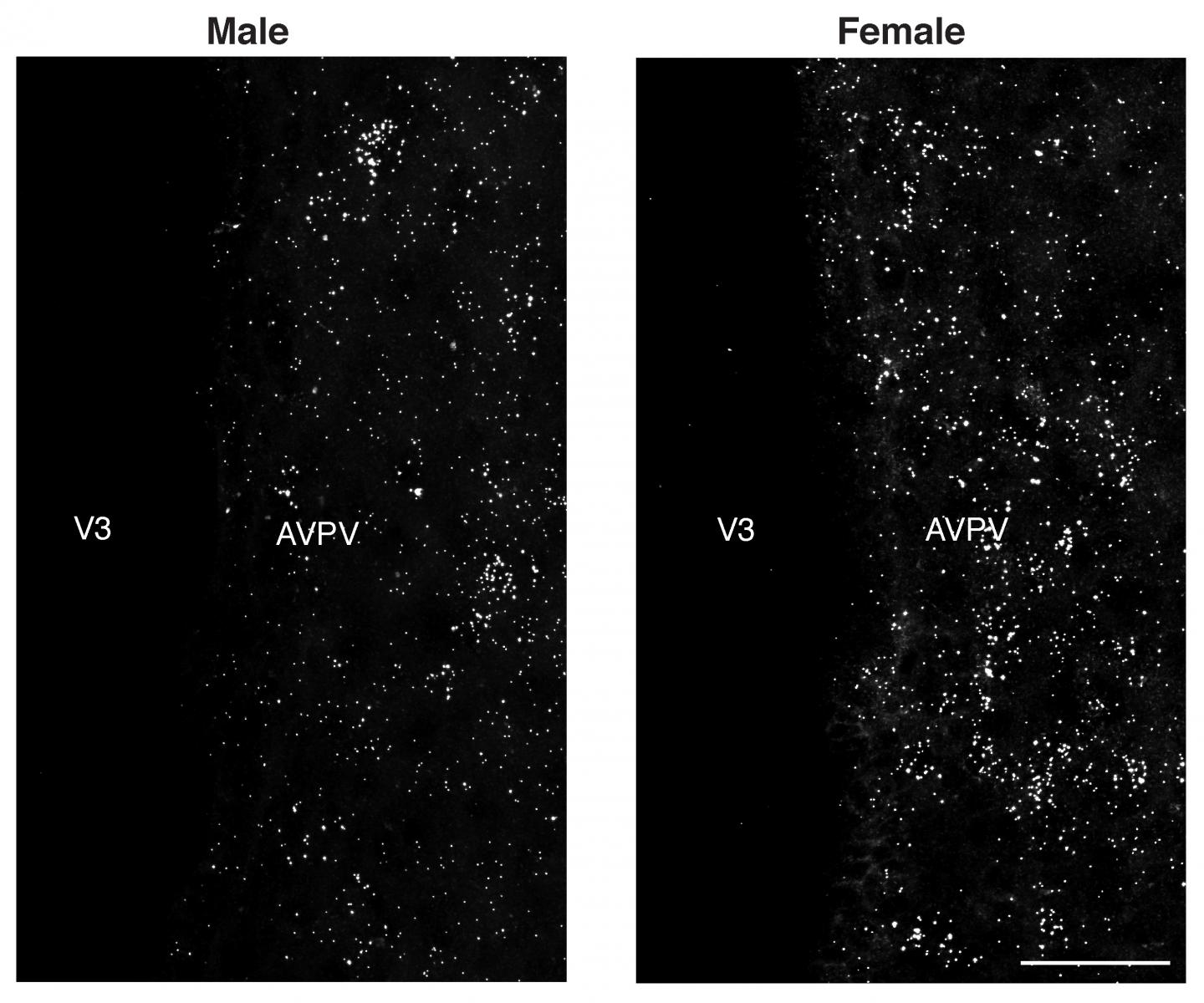 By targeting a receptor in the brains of mice, researchers have successfully altered feeding and anxiety-like behaviors linked to anorexia. Although more work is needed in humans, their study suggests that fine-tuning the receptor’s activity could help change feeding habits and promote weight gain in patients with eating disorders. Anorexia and other eating disorders affect at least 28 million Americans and cause more than 10,000 deaths in the U.S. each year, according to the National Association of Anorexia Nervosa and Associated Disorders. Studies have linked anorexia to neurons that bear a protein named AgRP; these neurons reside in an area of the brain called the hypothalamus that controls feeding behavior. Researchers have found that removing AgRP neurons leads to fatal anorexia in mice, while activating the neurons results in excessive appetite and obesity. However, there are currently no approved drugs that can target these neurons and change feeding behaviors. In this study, Patrick Sweeney and colleagues discovered that AgRP-bearing neurons controlled feeding in mice via a receptor named MC3R. Deleting MC3R led to anorexia and anxious behavior in the rodents, but activating the receptor with the experimental molecule C18 instead stimulated the rodents’ appetites, boosted weight gain, and prevented anxious movement. Interestingly, the team also observed that the Mc3r gene showed sex-specific differences. Female mice had far higher amounts of Mc3r-expressing neurons in the AVPV region of the hypothalamus, and the team also noted sex-specific differences in MC3R expression while analyzing a human transcriptomic dataset. Sweeney et al. speculate that targeting MC3R could either treat anorexia or promote weight loss in obesity and call for safety studies in humans.

Featured image: The expression of MC3R differed between male and female mice in the anteroventral periventricular area of the brain. This material relates to a paper that appeared in the Apr. 21, 2021, issue of Science Translational Medicine, published by AAAS. The paper, by P. Sweeney at University of Michigan in Ann Arbor, MI; and colleagues was titled, “The melanocortin-3 receptor is a pharmacological target for the regulation of anorexia.” © [Credit: P. Sweeney et al., Science Translational Medicine (2021)]