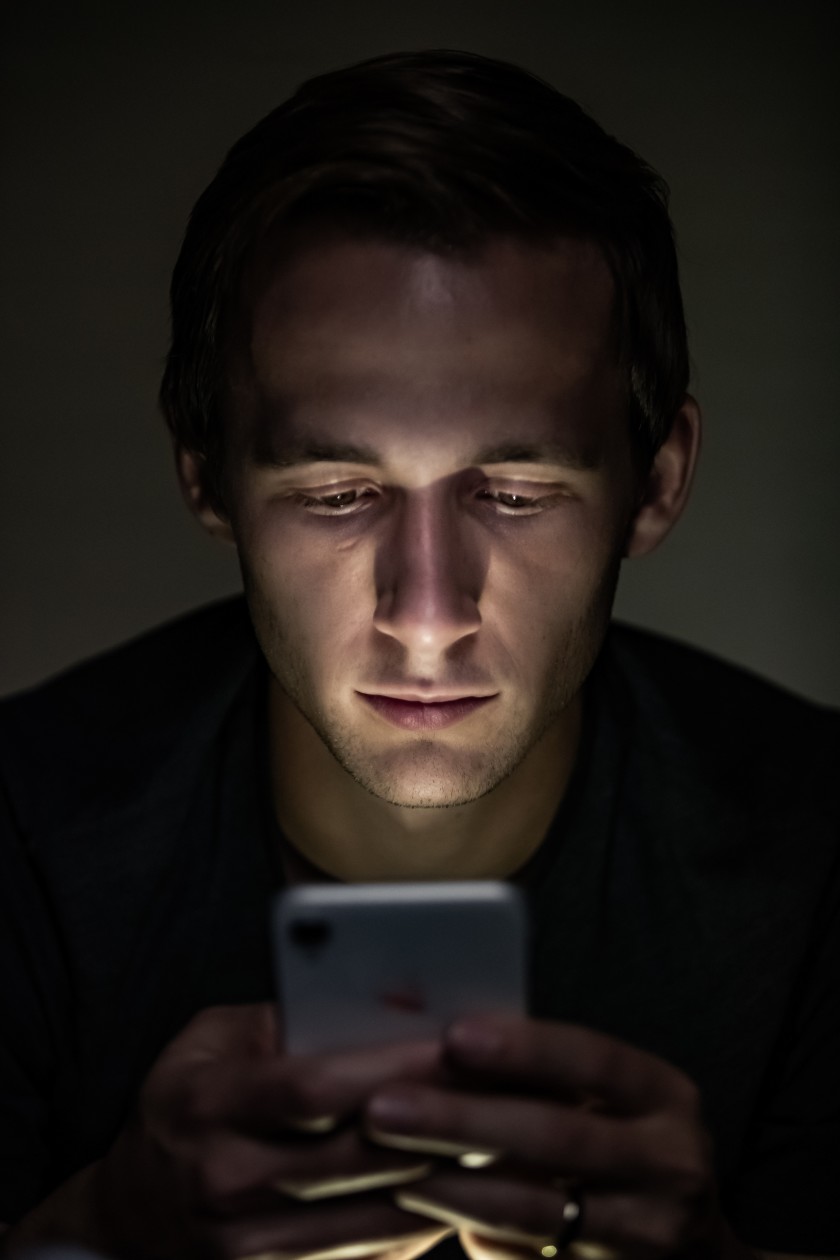 How often have you laid in bed scrolling through news stories, social media or responding to a text? After staring at the screen, have you ever found that it is harder to fall asleep?

It’s widely believed that the emitted blue light from phones disrupts melatonin secretion and sleep cycles. To reduce this blue light emission and the strain on eyes, Apple introduced an iOS feature called Night Shift in 2016; a feature that adjusts the screen’s colors to warmer hues after sunset. Android phones soon followed with a similar option, and now most smartphones have some sort of night mode function that claims to help users sleep better.

Until recently, claims of better sleep due to Night Shift have been theoretical. However, a new study from BYU published in Sleep Health challenges the premise made by phone manufacturers and found that the Night Shift functionality does not actually improve sleep.

“In the whole sample, there were no differences across the three groups,” Jensen said. “Night Shift is not superior to using your phone without Night Shift or even using no phone at all.”

The study included 167 emerging adults ages 18 to 24 who use cell phones daily. They were asked to spend at least eight hours in bed and wore an accelerometer on their wrist to record their sleep activity. Individuals who were assigned to use their smartphone also had an app installed to monitor their phone use.

After not finding significant differences in sleep outcomes across the three categories, the researchers split the sample into two separate groups: one which averaged about seven hours of sleep and another that slept less than six hours each night.

The group that got seven hours of sleep, which is closer to the recommended eight to nine hours a night, saw a slight difference in sleep quality based on phone usage. The individuals who did not use a phone before bed experienced superior sleep quality relative to both those with normal phone use and those using Night Shift.

Within the six-hour group, which had the least amount of sleep, there were no differences in sleep outcomes based on whether the participants used Night Shift or not.

“This suggests that when you are super tired you fall asleep no matter what you did just before bed,” explained Jensen. “The sleep pressure is so high there is really no effect of what happens before bedtime.”

The results suggest that it is not blue light alone that creates difficulty falling or staying asleep. The psychological engagement experienced when texting, scrolling and posting are also important factors that affect sleep outcomes.

“While there is a lot of evidence suggesting that blue light increases alertness and makes it more difficult to fall asleep, it is important to think about what portion of that stimulation is light emission versus other cognitive and psychological stimulations,” said Jensen.

Night Shift may make your screen darker, but Night Shift alone will not help you fall or stay asleep.