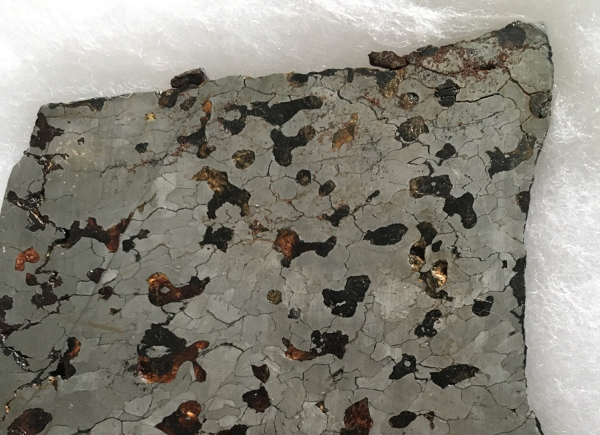 If you stumble upon an unusual rock that could be a meteorite, do not place a magnet on it to see if it’s magnetic—you’d end up erasing 4.5 billion years of magnetic history. Meteorites are remnants of our solar system’s first protoplanets and, in some cases, retain a record of the magnetic fields they’ve experienced in the distant past.

“As planetary scientists, we’re interested in understanding how protoplanets formed and evolved prior to the formation of the planets we know today,” said Clara Maurel, a Ph.D. student at MIT’s Department of Earth, Atmospheric, and Planetary Sciences. “There are many different areas of research that tackle these questions, and our angle of approach is to use magnetism.”

The results revealed a bias in the magnetization directions found in different regions of the sample, indicating that the meteorite was exposed to a substantial, stable magnetic field that magnetized its ferromagnetic grains upon cooling. The team interpreted this as evidence for a dynamo-generated magnetic field powered by the parent body’s churning, molten-metal core. A similar mechanism powers the Earth’s magnetic field today.

Combined with earlier measurements of two other meteorites from the same parent and radioisotopic dating of the samples, the results support an extended time frame for the cooling of molten protoplanetary cores. Despite its small size compared to planets, this protoplanet did not cool quickly, but instead sustained a molten metallic core for tens of millions of years after the birth of the solar system.

“For people who are interested in modeling the evolution of protoplanets, experimental constraints like this are essential,” said Maurel. “These data points represent an important first step toward a better understanding of the chronological activity of protoplanets, from their formation to the time they completely solidify and become inactive.”

Featured image: The meteorite studied in this work, named Miles, weighed 265 kg when it was discovered on a farm in Queensland, Australia, in 1992. This photo shows a 20-centimeter slice of the Miles meteorite loaned by the Harvard Museum of Natural History collection. Credit: Clara Maurel/MIT