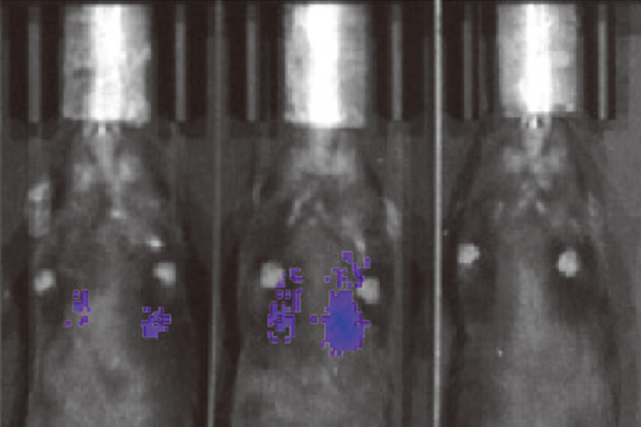 Through T cell engineering, researchers at Virginia Commonwealth University Massey Cancer Center show that it’s possible to arrest tumor growth for a variety of cancers and squash the spread of cancer to other tissues. This research will be published in tomorrow’s print edition of Cancer Research.

The paper builds on decades of research by study co-senior author Paul B. Fisher, M.Ph., Ph.D., a member of Massey’s Cancer Biology research program, who discovered a protein called IL-24 that attacks a variety of cancers in several different ways.

In this latest study, Fisher teamed up with his colleague Xiang-Yang (Shawn) Wang, Ph.D., who co-leads the Developmental Therapeutics research program at Massey, to deliver the gene coding for IL-24, which is called MDA-7, to solid tumors using T cells.

“I think the beauty of what we’ve been involved in is that it expands the scope of immunotherapy,” said Fisher, professor and chair of the Department of Human and Molecular Genetics at the VCU School of Medicine, director of the VCU Institute of Molecular Medicine (VIMM) and Thelma Newmeyer Corman Endowed Chair in Oncology Research. “Our approach is less dependent on cancer cells expressing something specific to target.”

After all, this isn’t the first time T cells have been engineered for cancer immunotherapy. FDA-approved chimeric antigen receptor T (CAR-T) cell therapy – which is designed to destroy cancer cells expressing specific surface molecules – has shown tremendous success for treating advanced cancers of the blood and lymphatic systems.

But CAR-T has made limited progress on solid tumors, such as prostate cancer or melanoma, because the cells that make up those tumors aren’t all the same, which blocks the engineered T cells from recognizing and attacking.

“Engineering T cells to produce MDA-7/IL-24 allows killing of cancer cells regardless of their expression of target molecules. This will help prevent cancer cells from escaping immune attack,” said Wang, who is also a professor of human and molecular genetics at VCU, associate director of immunology in the VIMM and holds the Harry and Judy Wason Distinguished Professorship at Massey.

At the sub-cellular level, MDA-7/IL-24 binds to receptors on the surface of cells and instructs them to make and release more copies of the MDA-7/IL-24 protein. If the cell is normal, the protein is simply secreted and no damage occurs. But if the cell is cancerous, MDA-7/IL-24 causes oxidative stress damage and ultimately cell death, not only within the primary tumor but also among its distant metastases – the cause of death in 90% of patients.

As a result of this process, the immune system generates memory T cells that can theoretically kill the tumor if it ever comes back. At the whole tumor level, IL-24 also blocks blood vessel formation, starving tumors of the nutrients so badly needed to sustain their unchecked growth.

The researchers also discovered that arming T cells with MDA-7/IL-24 allowed them to survive better and multiply in the tumor microenvironment – the space right around the cancerous mass.

“The tumor site is often very hostile to immune cells,” Wang said. “We discovered that MDA-7/IL-24 can help T cells to proliferate and outnumber cancer cells.”

In the clinic, this approach would involve extracting the patient’s own T cells from tumor samples, genetically engineering them to express MDA-7/IL-24, growing millions of copies of the cells in the lab and finally transplanting them back into the patient. With federally-mandated manufacturing standards, the procedure is generally safe and minimally invasive. CAR-T cells could also be engineered to express MDA-7/IL-24.

To be most effective, MDA-7/IL-24 T cells would likely be used in conjunction with other therapies.

Although it’s never easy bringing a technology from the bench to the bedside, Fisher is optimistic that much of the groundwork has already been laid.

Clinical trials using different methods of delivering IL-24 are already underway for several cancers. A phase 1 trial using an adenovirus – similar to the common cold – to deliver MDA-7/IL24 to the tumor demonstrated about 44% efficacy against multiple forms of cancer and generally proved non-toxic.

“I think we have a head start and a running ramp that could be really accelerated,” Fisher said.

Together, Wang and Fisher recently secured a grant from the National Cancer Institute to optimize their technology for the treatment of solid tumors and cancer metastases, in anticipation of future human trials.