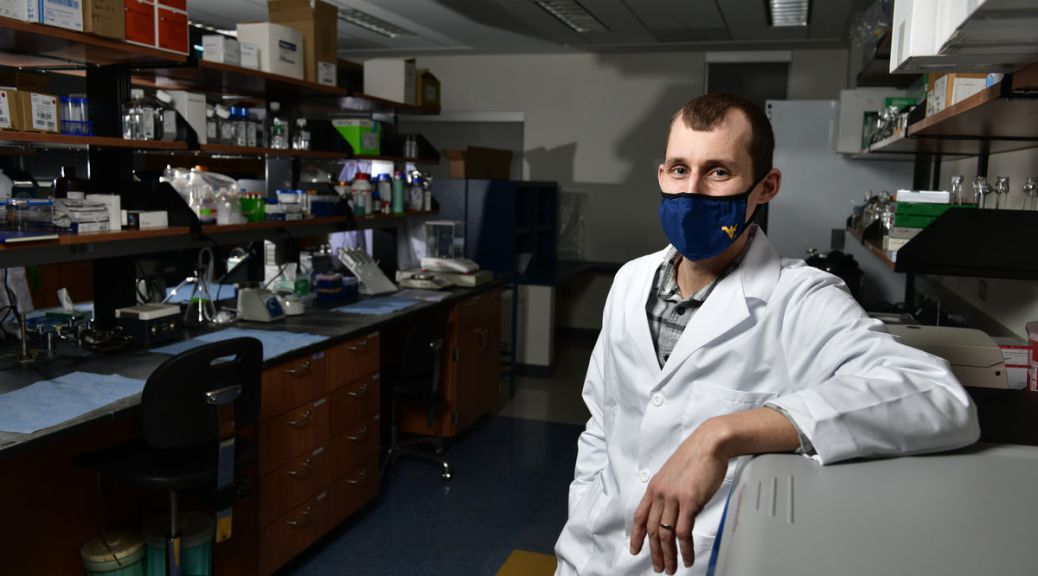 Autoimmune diseases have something in common with horses, bachelor’s degrees and daily flossing habits: women are more likely to have them.

“Stomach cancer is primarily caused by rampant inflammation,” said Busada, an assistant professor in the School of Medicine and researcher with the Cancer Institute. “The overarching theme of my lab is to understand what’s controlling the balance between a protective immune response, which is just targeting the infection, and a pathogenic immune response, which is like a toddler throwing a temper tantrum and damaging everything. It looks like androgens may be really important in tipping that balance toward a protective response.”

His findings appear in Gastroenterology.

The study also considered glucocorticoids—steroid hormones that the adrenal glands secrete. Unlike testosterone, glucocorticoids are not sex hormones. Their production doesn’t differ substantially between women and men.

Glucocorticoids are “the chief anti-inflammatory hormones that your body produces,” Busada said. “You can think of them as the brake pedal to the immune system.”

In researching mice without either glucocorticoids or testosterone, Busada, his research partner John Cidlowski—a senior investigator with the National Institutes of Health—and their colleagues observed that males’ stomach inflammation increased as much as the females’ did.

What’s more, when he and his team gave testosterone to the female mice, their inflammation vanished.

“We were able to completely rescue them from their stomach inflammation,” Busada said. “We proved that androgens were the hormones giving male mice that double layer of protection from inflammation. In the females, the only anti-inflammatory hormone was glucocorticoids. In males, it could be either glucocorticoids or androgens. This study potentially explains why women have a much higher incidence of autoimmune and chronic inflammatory diseases.”

“Actually, eight out of 10 individuals with autoimmune disease are women,” Busada said.

Based on these research findings, clinicians may consider if disruptive glucocorticoid or androgen signaling is contributing to their patients’ stomach-inflammatory diseases.

“If someone presents with stomach inflammation, it might be worth it for clinicians to investigate what’s going on with their endocrine system,” Busada said.

Worldwide, stomach cancer is the fifth most common form of cancer and the third leading cause of cancer deaths.

“Persistent, smoldering inflammation over the course of many, many years is the fertile ground for stomach cancer to grow.” Busada said. “It’s an important, and understudied, human health issue.”

“These findings may help us understand how inflammation promotes cancer development, but we can’t make any direct inferences about stomach cancer from this body of work,” he said. “That’s the direction we’re moving in, though. We’re currently studying how sex affects carcinogenesis using an actual cancer model.”

Featured image: Jonathan Busada—a researcher with the WVU School of Medicine and Cancer Institute—has investigated the role that hormones play in male and female inflammatory responses. In a new animal study, he found that testosterone may protect against stomach inflammation. His findings appear in the journal Gastroenterology. (WVU Photo/Brian Persinger)