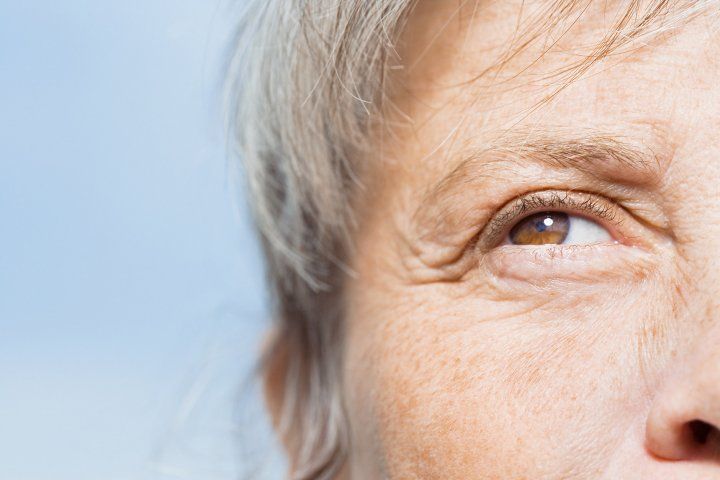 While it has been said that the eyes are a window to the soul, a new study shows they could be a means for understanding diseases of the brain. According to new research by scientists at the UCSF Weill Institute for Neurosciences, retinal scans can detect key changes in blood vessels that may provide an early sign of Alzheimer’s disease, while offering important insights into how one of the most common Alzheimer’s risk genes contributes to the disease.

“The most prevalent genetic risk for Alzheimer’s disease is a variant of the APOE gene, known as APOE4,” said lead author Fanny Elahi, MD, PhD. “We still don’t fully understand how this variant increases risk of brain degeneration, we just know that it does, and that this risk is modified by sex, race, and lifestyle. “Our research provides new insights into how APOE4 impacts blood vessels and may provide a path forward for early detection of neurodegenerative disease.”

Studies in mice have explored the effect of APOE4 on capillaries in the brain. Elahi, an assistant professor of neurology and member of the UCSF Memory and Aging Center (MAC), has long suspected these tiny blood vessels may play a significant role in Alzheimer’s disease, since they deliver nutrients and oxygen, carry away waste, and police immune system responses through the protective shield known as the blood–brain barrier. Damage to these blood vessels could cause a host of problems, she says, including the protein buildup and cognitive decline seen in individuals affected by Alzheimer’s disease.

Because the technology does not exist to visualize individual capillaries in living people’s brains, Elahi and colleagues turned to the eye. In the new study, which publishes May 15, 2021, in the journal Alzheimer’s and Dementia: Diagnosis, Assessment & Disease Monitoring, Elahi and her team have shown that APOE4-associated capillary changes can be detected in humans through an easy, comfortable eye scan. As a light-penetrating tissue that shares biology with the brain, the retina, researchers believe, may help determine what APOE4 variants may be doing to similar capillaries inside the brain, even in those without dementia.

The team – which includes Ari Green, MD, a neuro-ophthalmologist, professor, and director of the UCSF Neurodiagnostic Center, and Amir Kashani, MD, PhD, associate professor of ophthalmology at the Johns Hopkins Wilmer Eye Institute – used an advanced retinal imaging technique known as optical coherence tomography angiography (OCTA) to peer into the eyes of aging people with and without APOE4 mutations to evaluate the smallest blood vessels at the back of the eye.

The team leveraged the well-characterized cohorts of people enrolled in ongoing studies of brain aging and neurodegenerative disease at the MAC. By adding OCTA scans to existing MRI and PET scan data, they gain comparative insights without putting volunteer participants through additional discomfort. “That’s the beauty of this technique,” Elahi said. “It’s very easy, noninvasive and participant-friendly.”

Analyzing the retinal scans, the researchers found reduced capillary density in APOE4 carriers, an effect that increased with participant age. To test whether those scans accurately reflected what was happening in the brain, the team then compared the abnormalities seen in OCTA scans of retinal capillaries to measurements of brain perfusion, or the flow of blood through the brain, as measured via MRI. They found that people with higher retinal capillary density also had greater blood flow in the brain.

Finally, the team looked to participants with prior PET scans of beta-amyloid, the protein associated with Alzheimer’s disease, to see how their retinal capillary measurements related to the burden of amyloid plaques in the brain, which is the major focus of Alzheimer’s disease diagnosis, research and treatment to date. They found that capillary density did not differ between groups with and without amyloid plaques, nor did it vary along with amyloid burden. According to Elahi, that independence suggests that capillary abnormalities are unlikely to be driven by amyloid pathology, or that their relation may at most be indirect.

“This is the first time that we have demonstrated in living, asymptomatic humans that the smallest blood vessels are affected in APOE4 gene carriers,” said Elahi. That’s important, she added, because it suggests that the increased risk of brain degeneration and Alzheimer’s disease in APOE4 carriers may be through its effect on blood vessels.

Elahi and her colleagues plan to follow their study participants to better understand blood vessel dysfunction at a molecular level. That work could help detect the onset of Alzheimer’s disease before significant damage occurs to the brain and identify new vascular targets for early treatment.

“This is just the beginning,” Elahi said. “But the implications for early detection and possible intervention can be significant in combatting Alzheimer’s disease and other neurodegenerative disorders. It’s much harder to regenerate neurons than to stop their degeneration from happening in the first place. Similar to cancer, early detection can save lives,”