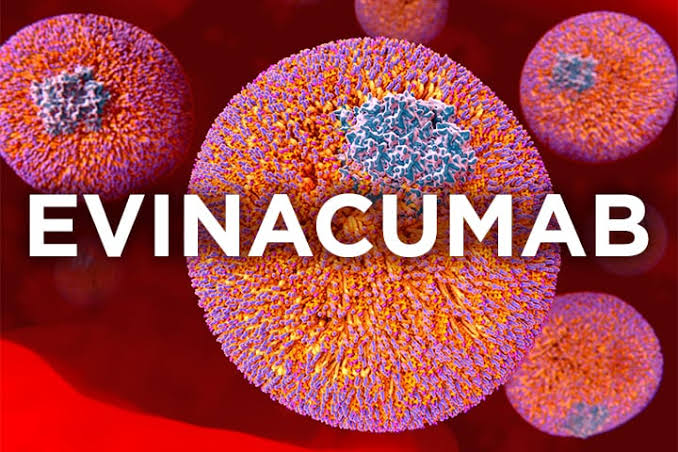 The investigational drug evinacumab reduced triglycerides in patients with severe hypertriglyceridemia (sHTG) and a history of hospitalizations for acute pancreatitis in a phase 2 global study led by Mount Sinai. The fully human monoclonal antibody produced sustained reductions in triglyceride levels of up to 82 percent, depending on the patient’s genotype, while also lowering the risk of recurrent acute pancreatitis. The results of the study will be presented as a late-breaking clinical trial at the American College of Cardiology (ACC) Annual Scientific Session, on May 16.

“Evinacumab has the potential to not only lower triglycerides, but the risk of acute pancreatitis, quality of life, and the risk of cardiovascular events in a highly vulnerable patient population,” says Robert S. Rosenson, MD, Professor of Medicine at the Icahn School of Medicine at Mount Sinai, and lead investigator of the study. “The unmet clinical need couldn’t be greater. Even after the current therapeutic options of dietary counseling, fibrates, and omega-3 fatty acid products, many individuals with severe hypertriglyceridemia have elevated triglyceride levels above 500 mg/dL, and some in the thousands.”

Severe hypertriglyceridemia, defined as triglycerides greater than 500 mg/dL, is believed responsible for around 10 percent of all cases of acute pancreatitis which affects more than 200-thousand patients a year in the United States. It is an inflammatory condition of the pancreas that causes abdominal pain and fever and, in some individuals, can be life-threatening. Recurrent acute pancreatitis typically requires frequent hospitalizations and the most common causes are gallstones and alcoholism.

In their study of 52 patients with severe hypertriglyceridemia, researchers found that clinical improvements depended on genetic variants. The greatest triglyceride reductions, up to 82 percent, occurred in a cohort of patients without two mutations in the lipoprotein lipase (LPL) pathway. LPL is an enzyme responsible for metabolizing, or breaking down, triglycerides. In a second cohort of patients with a genetic disorder known as multifactorial chylomicronemia syndrome (MCS)–which can be exacerbated by comorbidities, medications, and even lifestyles–triglycerides were reduced by around 65 percent. And in a third cohort–of those with loss of function mutations in two genes encoding lipoprotein lipase, a condition known as familial chylomicronemia syndrome (FCS)–there was no reduction in triglyceride levels.

“Our research underscored the importance of genetic testing of the LPL pathway to determine which patients are most likely to respond well to evinacumab therapy,” says Dr. Rosenson, who is Director of Metabolism and Lipids for the Mount Sinai Health System. “Even in patients with two LPL mutations who experienced no reduction in triglycerides, there were reductions in non-HDL cholesterol and in the cholesterol content of triglyceride-rich lipoproteins, demonstrating that evinacumab was impacting the triglyceride pathway.”

Evinacumab works by binding to and blocking the function of angiopoietin-like protein 3 (ANGPTL3), a protein thought to play a role in cholesterol metabolism. People who are missing or have very low ANGPTL3 due to genetic causes are known to have significantly reduced lipid levels, suggesting to scientists that it could also be a therapeutic target for lowering triglycerides.

Evinacumab, from Regeneron Pharmaceuticals, was approved by the U.S. Food and Drug Administration in February 2021 (under the name Evkeeza™) for homozygous familial hypercholesterolemia, an inherited disorder that makes it difficult for the body to eliminate LDL cholesterol (so-called “bad cholesterol”) from the blood.

The next clinical trial for evinacumab in patients with severe hypertriglyceridemia is designed to evaluate the reduction in the risk of acute pancreatitis and is expected to begin shortly, with Mount Sinai again playing a pivotal global role. “Based on the results we’ve seen to date, we believe evinacumab can significantly decrease the risk of recurrent acute pancreatitis in people with severely elevated triglycerides,” says Dr. Rosenson. “At the same time, this novel drug could help to ease the financial burden on a health system which provides ongoing care for these high-risk patients who are frequently hospitalized for recurrent episodes of acute pancreatitis.”

About the Mount Sinai Health System

The Mount Sinai Health System is New York City’s largest academic medical system, encompassing eight hospitals, a leading medical school, and a vast network of ambulatory practices throughout the greater New York region. Mount Sinai is a national and international source of unrivaled education, translational research and discovery, and collaborative clinical leadership ensuring that we deliver the highest quality care–from prevention to treatment of the most serious and complex human diseases. The Health System includes more than 7,200 physicians and features a robust and continually expanding network of multispecialty services, including more than 400 ambulatory practice locations throughout the five boroughs of New York City, Westchester, and Long Island. Mount Sinai Heart at The Mount Sinai Hospital is within the nation’s No. 6-ranked heart center, and The Mount Sinai Hospital is ranked No. 14 on U.S. News & World Report’s “Honor Roll” of the Top 20 Best Hospitals in the country and the Icahn School of Medicine as one of the Top 20 Best Medical Schools in country. Mount Sinai Health System hospitals are consistently ranked regionally by specialty and our physicians in the top 1% of all physicians nationally by U.S. News & World Report.