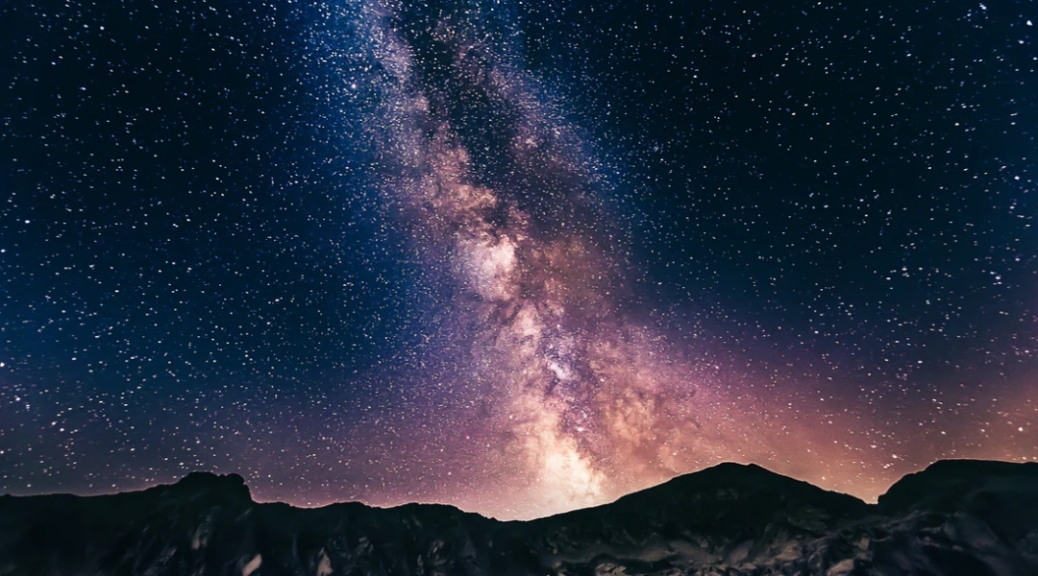 Researchers from the University of Arizona have detected organic molecules in planetary nebulae, the aftermaths of dying stars, and in the far reaches of the Milky Way, which have been deemed too cold and too removed from the galactic center to support such chemistries. They present their findings at the 238th Meeting of the American Astronomical Society, or AAS, held virtually from June 7-9.

The emission from these molecules was found to outline the shapes of planetary nebulae, which previously had only been observed in visible light. In some cases, molecular signatures revealed previously unseen features. The high resolution of one arcsecond, equivalent to a dime viewed from 2.5 miles away, resulted in striking images of the nebulae, clearly showing the complex geometries of the dense, ejected material with bars, lobes and arcs never clearly observed before.

Planetary nebulae are bright objects, produced when stars of a certain type reach the end of their evolution. Most stars in our galaxy, including the sun, are expected to end their lives this way. As the dying star sheds large amounts of its mass into space and becomes a white dwarf, it usually emits strong ultraviolet radiation. This radiation was long thought to break up any molecules hurled into the interstellar medium from the dying star and reduce them to atoms.

Detection of organic molecules in planetary nebulae in recent years have shown that this is not the case, however, and the observations presented here further support the idea that planetary nebula serve as critical sources that seed the interstellar medium with molecules that serve as the raw ingredients in the formation of new stars and planets. Planetary nebulae are thought to provide 90% of the material in the interstellar medium, with supernovae adding the remaining 10%.

“It was thought that molecular clouds which would give rise to new stellar systems would have to start from scratch and form these molecules from atoms,” said Ziurys, a Regent’s Professor of Chemistry and Astronomy at UArizona. “But if the process starts with molecules instead, it could dramatically accelerate chemical evolution in nascent star systems.”

Ziurys and her team believe the shape shifting behavior in the nebulae’s geometry may be driven by certain processes involved in nucleosynthesis, in other words, the forging of new elements inside a star.

“It tells us that in a dying star, which is spherical until its final phase, some very interesting dynamics occurs once it goes through the planetary nebula stage, which changes that spherical shape,” Ziurys said. “These stars just lose their mass, and so there’s really no mechanism for them to all of a sudden become bipolar or even quadrupolar.”

According to the researchers, one possible explanation could be helium flashes, which originate in a hot, convective shell around the core of a dying star and could possibly provide a source of explosive nuclear synthesis away from the star’s center, resulting in the very complex shapes seen in some nebulae.

“This could probably distort the spherical shape because a helium flash can explode through the poles of a star, where it will be directed by magnetic fields, and that will have an effect on the shape of the nebula that will form around it,” she said.

According to Ziurys, many planetary nebulae are something of an enigma, because they evolved from spherical stars but then gave rise to bipolar or even quadrupolar structures.

“It’s been a puzzle to astronomers as to how you go from a spherical geometry into these multipolar geometries,” she said. “The molecules we observed trace the polar geometries beautifully, and so we’re hoping that this is going to give us some insight into the shaping of planetary nebulae.”

In a second presentation, Lilia Koelemay, a doctoral student in Ziurys’ research group, will report on the discovery of organic molecules in the outskirts of the Milky Way, more than twice as far from the galactic center than what is known as the Galactic Habitable Zone, or GHZ.

The Milky Way’s GHZ, which includes the solar system, is a region considered to have favorable conditions for the formation of life. It is thought to extend to only up to 10 kiloparsecs, or about 32,600 light-years, from the galactic center.

Using the UArizona ARO 12-Meter Telescope on Kitt Peak near Tucson, Arizona, Koelemay, Ziurys and team searched 20 molecular clouds in the Milky Way’s Cygnus arms for signature emission spectra of methanol, a basic organic molecule. At a mere 20 Kelvin, these clouds are typically extremely cold and far from the galactic center, at a distance of 13 to 23.5 kiloparsecs. The team detected methanol in all 20 clouds.

According to Koelemay, the detection of these organic molecules at the galactic edge may imply that organic chemistry is still prevalent at the outer reaches of the galaxy, and the GHZ may extend much further from the galactic center than the current established boundary.

“Scientists have wondered about the extent of organic chemistry in our galaxy for a long time, and it was always thought that not too far beyond our sun, we’re not going to see a lot of organic molecules,” Koelemay said. “The widely held assumption was that in the outskirts of our galaxy the chemistry necessary to form organics just doesn’t occur.”

That conclusion was partly based on the supposed dearth of organic molecules in the outer reaches of the galaxy, according to the researchers. The notion of the galactic habitable zone is based on the idea that for habitable conditions to exist where life can evolve, a planetary system can’t be too close to the galactic center with its extremely high density of stars and intense radiation, and it can’t be too far out, because there would not be enough elements critical for life, such as oxygen, carbon and nitrogen.

The observations were made possible by a new 2-millimeter wavelength receiver with unprecedented sensitivity. Developed in a collaboration between Ziurys, Gene Lauria, an engineer at Steward Observatory, and the National Radio Astronomy Observatory, the receiver allows for detection of molecular emission lines in a wavelength bandwidth radio astronomers in the US could not access for many years.

“Without this new instrument, these observations would have taken hundreds of hours, which is not feasible,” Ziurys said. “With this new capability, we expect to dramatically open our observation window and detect molecules in other regions of our galaxy previously thought to be devoid of such chemistry.”

Recently, Koelemay has begun to look for other molecules besides methanol, such as methyl cyanide, organic molecules with ring structures and others that contain functional groups known to be crucial building blocks for biomolecules. Discoveries of these molecules in the interstellar medium have attracted much interest, as many researchers deem them promising candidates for the emergence of life. When organic molecules are present in emerging planetary systems, they can condense onto the surfaces of asteroids, which then deliver them to nascent planets, where they could potentially jump-start the evolution of life.

“We’re finding these species way on the outskirts of the galaxy, and the abundance doesn’t even drop off 10 kiloparsecs from the solar system, where the chemistry necessary for building the molecules necessary for life just wasn’t believed to occur,” said Ziurys, Koelemay’s adviser and a co-author on the report. “The fact that they’re there expands the prospects of habitable planets forming far beyond what has been considered the habitable zone is extremely exciting.”

Researchers from the University of Arizona will present findings from radio-astronomical observations of organic molecules at the 238th Meeting of the American Astronomical Society, or AAS, during a press conference titled “Molecules in Strange Places” at the 238th AAS Meeting on Tuesday, June 8, at 12:15 p.m. EDT.

Provided by University of Arizona