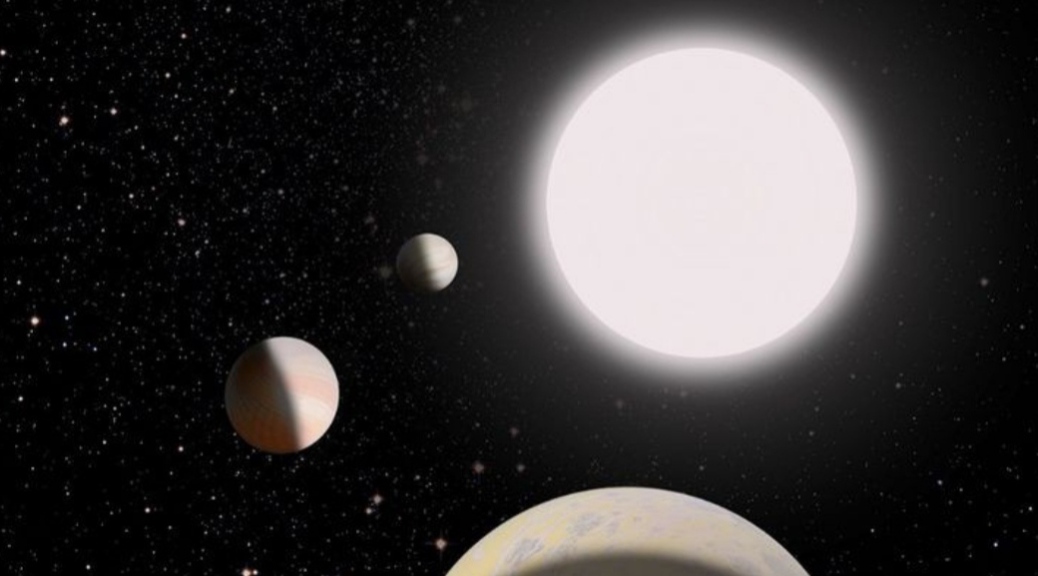 Chandrasekhar made the startling discovery about nine decades back that the mass of compact object white dwarf has a limiting value, once nuclear fusion reactions stop therein. This is the Chandrasekhar mass-limit, which is ∼1.4M for a non-rotating non-magnetized white dwarf. On approaching this limiting mass, a white dwarf is believed to spark off with an explosion called type Ia supernova, which is considered to be a standard candle. However, observations of several over-luminous, peculiar type Ia supernovae indicate that the Chandrasekhar mass-limit to be significantly larger i.e. as high as ∼2.8 M. Such objects are called highly magnetised super-Chandrashekhar white dwarfs (B-WDs).

Now, Bhattacharya and colleagues investigated the luminosity suppression and its effect on the mass–radius relation as well as cooling evolution of highly magnetised super-Chandrashekhar white dwarfs.

In order to obtained the structural properties of these stars, they suitably modified their treatment of the radiative opacity, magnetostatic equilibrium and degenerate core equation of state, which is based on the effect of magnetic field relative to gravitational energy.

They found that, strong central fields of about 10¹⁴ G can raise central density (ρc) significantly and yield super-Chandrasekhar WDs with masses as high as ∼ 1.87 M.

Over 10 billion years, when the white dwarfs field decays and they gets cold, their masses can fall upto 1.5 M. But, even though the mass of B-WD lowered significantly, majority of these systems still remain practically hidden throughout their cooling evolution due to their strong fields (which is about 109 G) and consequently low luminosities.

They have also used stellar evolution code for numerically validating their analytical formalism and found the limiting mass of ~ 1.89 M, which is in very good agreement with the mass obtained from the analytical calculations (i.e. 1.87 M) for white dwarfs with strong fields (106¯9, 1014) G.

“Our results argue that super-Chandrasekhar white dwarfs born due to strong field effects may not remain so for long. This explains their apparent scarcity in addition to making them hard to detect because of their suppressed luminosities.”

— concluded authors of the study

Note for editors of other websites: To reuse this article fully or partially kindly give credit either to our author/editor S. Aman or provide a link of our article