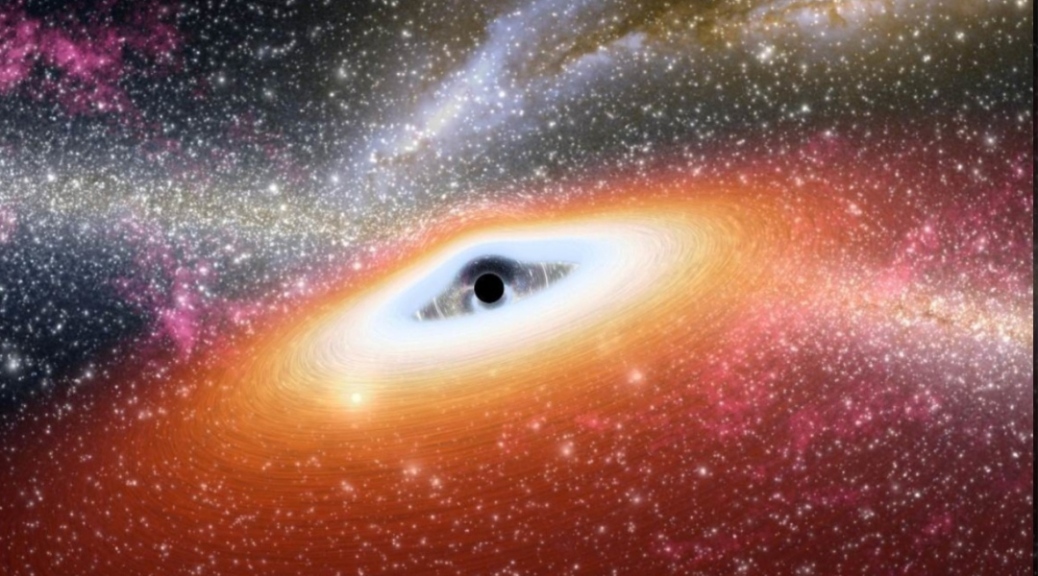 New research shows how the fundamental law of conservation of charge could break down near a black hole.

Singularities, such as those at the centre of black holes, where density becomes infinite, are often said to be places where physics ‘breaks down’. However, this doesn’t mean that ‘anything’ could happen, and physicists are interested in which laws could break down, and how.

“We take aim at one of the most cherished laws of physics: the conservation of charge.”

Now, a research team from Imperial College London, the Cockcroft Institute and Lancaster University have proposed a way that singularities could violate the law of conservation of charge. Their theory is published in Annalen der Physik.

Co-author Professor Martin McCall, from the Department of Physics at Imperial, said: “’Physics breaks down at a singularity’ is one of the most famous statements in pop-physics. But by showing how this might actually happen, we take aim at one of the most cherished laws of physics: the conservation of charge.”

This has been shown at the very smallest scales: when different particles are created or eliminated in experiments such as the Large Hadron Collider, the same amount of negatively and positively charged particles are always produced or destroyed, respectively.

Now, by modifying classic physics equations to include axions, a candidate for dark matter, the team have been able to show that temporary singularities – such as black holes that appear and then later evaporate – could destroy charge when they come to the end of their life.

Axions are hypothetical particles that may explain dark matter – the ‘missing’ 85 percent of the matter of the Universe. Their predicted properties could form a field that would interact with the kind of fields physicists have known about for centuries – electromagnetic fields, which are described by a set of equations called Maxwell’s equations.

Using a branch of mathematics called differential geometry, the team found out how to create or destroy charge, violating the charge conservation of the Universe.

Co-author Dr Jonathan Gratus, from the Department of Physics at Lancaster University, said: “You can imagine creating an ‘axion bomb’ that holds charge by combining coupled axion and magnetic fields; and then dropping it into an evaporating black hole. As the construction shrinks and disappears into the singularity, it takes electrical charge with it.   It is the combination of a temporary singularity and a newly proposed type of axion field that is crucial to its success.”

Co-author Dr Paul Kinsler, from the Department of Physics at Imperial, said: “There are also philosophical implications. Although people often like to say that physics ‘breaks down’, here we show that although exotic phenomena might occur, what actually happens is nevertheless constrained by the still-working laws of physics around the singularity.”

The team say the axion phenomenon would only occur under extreme conditions that currently cannot be created in a lab, but that future advances in intense laser fields might allow the theory to be tested in a terrestrial environment.

Top image: This artist’s conception illustrates one of the most primitive supermassive black holes known (central black dot) at the core of a young, star-rich galaxy. Credit: NASA/JPL-Caltech