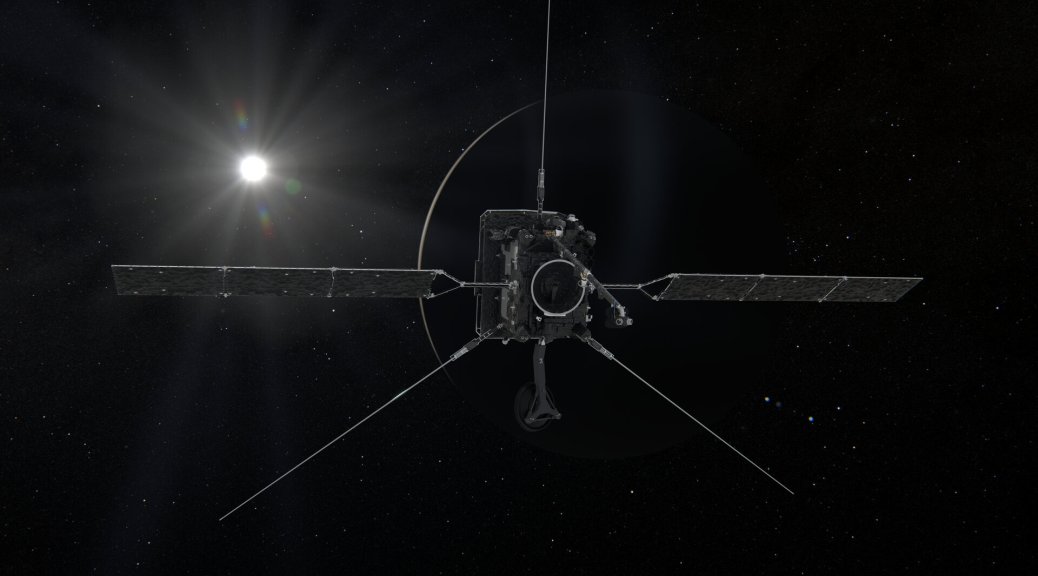 The mission will make its next rendezvous with the planet on August 9th. Meanwhile, new scientific results are arriving on the solar corona thanks to Metis, one of the Italian instruments on board Solar Orbiter, created with the contribution of Asi, Inaf and the universities of Florence and Padua.

There are a few days left until the second meeting between Solar Orbiter and Venus . After releasing the first close-up images of the Sun and following the first rendezvous around the planet in December last year, the probe – the result of a partnership between the European Space Agency (ESA) and NASA – will fly over Venus again on the 9th. August and then continue the journey towards the sun.

Launched on 10 February 2020, Solar Orbiter travels with a suite of ten instruments, three of which made with the Italian contribution: Metis , the coronography instrument optimized for the observation of the outermost region of the solar atmosphere, the solar corona, is funded and managed by the Italian Space Agency and conceived and built and operated by a scientific team composed of the National Institute of Astrophysics (Inaf), the universities of Florence and Padua and the CNR-Ifn, with the collaboration of the Italian industrial consortium, formed by Ohb Italia, Thales Alenia Space and Altec, of the Mps Institute of Gottingen (Germany) and of the Academy of Sciences in Prague.

Solar Orbiter will fly close to the planet until it reaches a distance of 7995 kilometers. The flyby represent crucial steps that allow the probe to adjust its orbit to get a better view of the solar poles in his next meeting with our star. During the cruise phase, Metis performed high resolution observations of the solar corona in the visible and ultraviolet (UV) spectral range. It is the first time that an instrument of this type simultaneously acquires images of the solar corona extended in these two bands, allowing to carry out a mapping of the velocity of the coronal matter, useful for scientists to study the acceleration mechanisms of the solar wind.

The images of Metis also constitute a natural detector of energetic particles of galactic and solar origin. For the first time, a coronograph was also used as a monitor of solar activity by measuring long-term variations in the flux of protons in cosmic rays. These important results are now published in a special issue of Astronomy & Astrophysics magazine dedicated to Solar Orbiter.

Co-author of the publications also Marco Stangalini , Asi project scientist of the Metis instrument. “The very first results obtained by Metis demonstrate the great diagnostic capabilities of the instrument which, obtaining a high resolution mapping of the coronal gas expansion rate over such a wide field of view, opens up new opportunities for the study of the physical mechanisms through which the Sun rules the heliosphere. These results were achieved thanks to the intense work carried out by the scientific team in setting up the instrument during the commissioning phase . Work that has been made even more difficult by the pandemic situation of recent months ».

“The first of two scientific articles obtained with the data of the Metis coronographer aboard the Solar Orbiter mission,” First light observations of the solar wind in the outer corona with the Metis coronagraph “”, says Marco Romoli , the principal investigator of Metis and first signature of the study, «analyzes the images of the extended solar corona obtained for the first time simultaneously in polarized visible light and ultraviolet by the Metis coronographer on May 15, 2020. Thanks to these observations it was possible to identify the regions of the solar corona where it has origin the so-called “slow” solar wind, that is with speeds measured near the Earth between ~ 300-400 km / s. The second article, “Cosmic-ray flux predictions and observations for and with Metis on board Solar Orbiter “, presents a study of the traces of cosmic rays of galactic origin revealed in the first images in visible light (580-640 nm) obtained by Metis during the commissioning phase of the Solar Orbiter mission ».

«At the end of this year Solar Orbiter will complete its cruise phase and commissioning of the instruments on board. At the beginning of 2022, the mission will enter the actual nominal phase of scientific observations. “It is truly extraordinary that, even during the commissioning phase , Metis has already obtained original scientific results”, observes Silvano Fineschi , Inaf scientific manager for Solar Orbiter and co-author of the Metis articles. “The Metis instrument is the first telescope of its kind, and even before being fully developed, it is already demonstrating its ability to obtain new information on the speed of the solar wind.”

Italy also contributed to the probe with the supply of software from Stix (Spectrometer / Telescope for Imaging X-rays), an X-ray detector, and the Dpu (Data Processing Unit) of Swa (Solar Wind Analyzer), which during the cruise phase provided useful measurements for the characterization of the solar wind around the probe. His results are also published in international journals. The data acquired so far by the mission will allow scientists to obtain information on the behavior of the Sun also in relation to the climate changes that are taking place on our planet.

At the end of 2021, after a close flyby just 460 km from our planet, scheduled for November 27 , the probe will start the scientific phase by gradually approaching the Sun and getting closer than the planet Mercury at the beginning of 2022. As the scientific phase proceeds, the mission team will continue to flyby Venus to gradually tilt its orbit to obtain images of the solar poles for the first time, the study of which will help scientists better understand the behavior of the large-scale solar magnetic field and the cycles of activity of the Sun .

There will be heavy traffic around Venus in early August. After only 33 hours from the close passage of Solar Orbiter, the planet is also expected to “approach” the Bepi Colombo probe on 10 August, the result of the collaboration between the European Space Agency and the Japanese Space Agency (Jaxa) also achieved with the strong contribution of Italy. The double flyby will offer an unprecedented opportunity to study the environment of the planet Venus.

Featured image: Artist impression of Solar Orbiter approaching Venus from the nightside during its second flyby of the planet. The spacecraft will make numerous gravity assist flybys at Venus to bring it closer to the Sun and to tilt its orbit in order to observe our star from different perspectives. ESA / ATG medialab