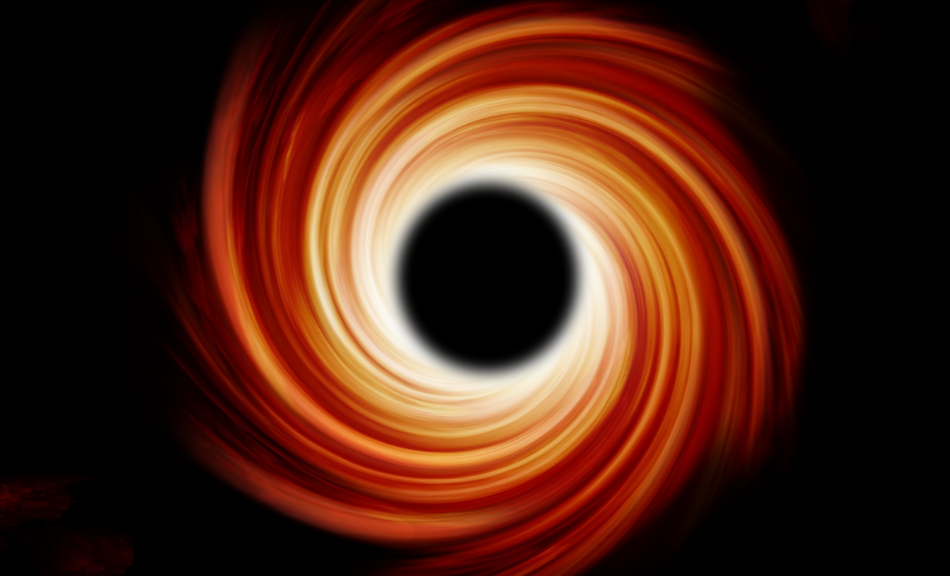 Can particles escape through the black hole? I know most of you will say ‘no’. But, what if I say its possible and that is shown by Ondrej Kopacek et al. in their recent studies. In previous study, by adopting a simple axisymmetric model consisting of a rotating black hole in an asymptotically uniform magnetic field (aligned with the rotation axis), they have shown that the electrically charged particles following jet like accelerated trajectories may escape the attraction of the black hole in a collimated outflow and they may be accelerated to very high energies. However, the efficiency of the acceleration process remains only moderate in the axisymmetric setup.

“At initial stage, neutral particles are supposed to follow circular orbits in the equatorial plane (and freely fall below ISCO). At a particular ionization radius, these particles obtain electric charge and their dynamics changes due to the presence of electromagnetic field, and escape from the accretion disk along high-velocity jet-like trajectories becomes possible.”

Now, Vladimir Karas and Ondrej Kopacek studied a simplified model of outflow of electrically charged particles from the inner region of an accretion disk around a spinning (Kerr) black hole immersed in a large-scale magnetic field. In particular, they considered a non-axisymmetric magnetosphere where the field is misaligned with the rotation axis.

“In this contribution we extend our previous analysis of acceleration of jet-like trajectories of particles escaping from bound circular orbits around a black hole. While we have previously assumed the initial setup of prograde (co-rotating) orbits, here we relax this assumption and we also consider retrograde (counter-rotating) motion.”

They have shown that the effect of counter-rotation may considerably increase the probability of escape from the system, and it allows more efficient acceleration of escaping particles to slightly higher energies compared to the co-rotating disk.

Note for editors of other websites: To reuse this article fully or partially kindly give credit either to our author S. Aman or provide a link of our article