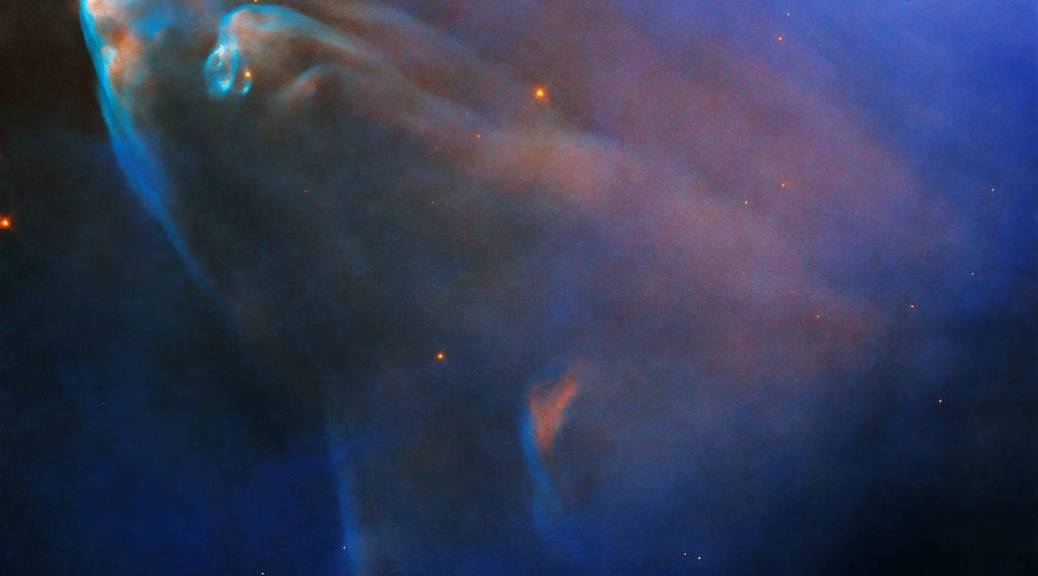 Mounded, luminous clouds of gas and dust glow in this Hubble image of a Herbig-Haro object known as HH 45. Herbig-Haro objects are a rarely seen type of nebula that occurs when hot gas ejected by a newborn star collides with the gas and dust around it at hundreds of miles per second, creating bright shock waves. In this image, blue indicates ionized oxygen (O II) and purple shows ionized magnesium (Mg II). Researchers were particularly interested in these elements because they can be used to identify shocks and ionization fronts.

This object is located in the nebula NGC 1977, which itself is part of a complex of three nebulae called The Running Man. NGC 1977 –  like its companions NGC 1975 and NGC 1973 – is a reflection nebula, which means that it doesn’t emit light on its own, but reflects light from nearby stars, like a streetlight illuminating fog.

Hubble observed this region to look for stellar jets and planet-forming disks around young stars, and examine how their environment affects the evolution of such disks.