When I was a teenager, my dad wasn’t terribly interested in the music I liked. To him, it just sounded like “a lot of noise,” while he regularly referred to the music he listened to as “beautiful.”

This attitude persisted throughout his life. Even when he was in his 80s, he once turned to me during a TV commercial featuring a 50-year-old Beatles tune and said, “You know, I just don’t like today’s music.”

It turns out that my father isn’t alone.

As I’ve grown older, I’ll often hear people my age say things like “they just don’t make good music like they used to.”

Why does this happen?

We know that musical tastes begin to crystallize as early as age 13 or 14. By the time we’re in our early 20s, these tastes get locked into place pretty firmly.

In fact, studies have found that by the time we turn 33, most of us have stopped listening to new music. Meanwhile, popular songs released when you’re in your early teens are likely to remain quite popular among your age group for the rest of your life.

There could be a biological explanation for this. There’s evidence that the brain’s ability to make subtle distinctions between different chords, rhythms, and melodies gets worse with age. So to older people, newer, less familiar songs might all “sound the same.”

But I believe there are some simpler reasons for older people’s aversion to newer music. One of the most researched laws of social psychology is something called the “mere exposure effect.” In a nutshell, it means that the more we’re exposed to something, the more we tend to like it.

This happens with people we know, the advertisements we see and, yes, the songs we listen to.

When you’re in your early teens, you probably spend a fair amount of time listening to music or watching music videos. Your favorite songs and artists become familiar, comforting parts of your routine.

For many people over 30, job and family obligations increase, so there’s less time to spend discovering new music. Instead, many will simply listen to old, familiar favorites from that period of their lives when they had more free time.

Of course, those teen years weren’t necessarily carefree. They’re famously confusing, which is why so many TV shows and movies — from “Glee” to “Love, Simon” to “Eighth Grade” — revolve around the high school turmoil.

Psychology research has shown that the emotions that we experience as teens seem more intense than those that come later. We also know that intense emotions are associated with stronger memories and preferences. All of this might explain why the songs we listen to during this period become so memorable and beloved.

So there’s nothing wrong with your parents because they don’t like your music. In a way, it’s all part of the natural order of things.

Confession time.. I use to look for my keys all over my house, while they are right in front of my eyes.. And I am willing to bet that something similar has happened to you, too. As it turns out, it’s not so uncommon to be so completely unaware of your surroundings. No, really, it’s not. 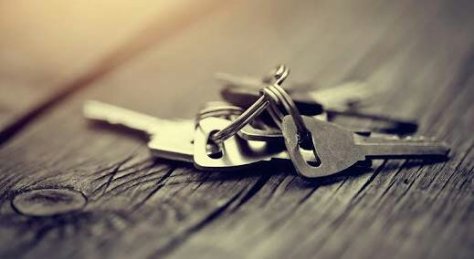 Before you read any further, watch the video below.

Weird, right? It’s called inattentional blindness, and it’s what happens when you encounter something in a place you aren’t at all expecting. No matter how strange, blatant, or eye-catching it is, our brains just don’t want to notice things where we don’t think they belong. That’s why it’s so easy to miss the bear amid the basketballs, and why you don’t notice your keys when they’re right by the door instead of their usual spot on your bedside table.

Here’s a classic example that spotlights exactly how pronounced this effect can be. Taking their cue from the old saying about money growing on trees, researchers made their own money tree by attaching dollar bills to a tree on the quad at Western Washington University. The dollars were attached to a branch that extended out over the walking path, and the spot was chosen specifically because researchers had seen many students have to duck to avoid it or push it out of their way. And that remained true after the dollars were attached — but hardly anybody noticed.

There’s another way that our brains can gloss over the details of a scene, though it’s not likely to occur outside of a research scenario. Even if the object is in the place that we expect it to be, our brains will sometimes gloss over it if it’s too large. In one example, people could easily spot the toothbrush on this bathroom counter but missed the GIANT toothbrush right behind it. On first blush, it seems like an unfair test, because if somebody tells you to find the toothbrush, they aren’t going to be looking for something four feet long. But here’s the rub: tell an artificial intelligence to find a toothbrush, and it’ll identify brushes big and small, no problem.

So does that mean that AI systems are better than humans and other animals at spotting what they’re looking for? Actually, it’s kind of the opposite. Our brains automatically jump to conclusions when given tasks like “find the toothbrush,” and most of the time, those conclusions are right (or at least well-informed). That makes us very good at finding and identifying things under normal conditions, and not so hot when their size and location have been tweaked. But while a deep learning network might be able to see the giant toothbrush easier than we can, it will also end up mistaking a vaguely toothbrush-shaped floor lamp for its target. You know what that means: “Terminator 2” could have been a lot shorter if they’d just set up John Connor mannequins all over Los Angeles.